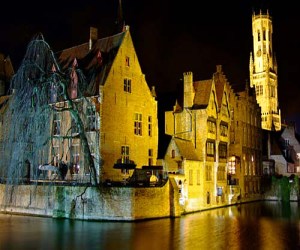 Belgium is a developed European country, which boasts one of the highest GDP in the world. It has great historical and especially cultural heritage. In a country you can visit numerous monuments from various historical periods. The most popular Belgian cities are Brussels, Antwerp, Bruges, Ghent and Liège.

Belgium is interesting with the diversity of its population. The country is divided into 3 areas, Flanders, Wallonia and Brussels. In the northern part of Flanders, live Flemish, who speak Flemish (Belgian Flemish is a variant of Dutch). In the southern part, Wallonia, live Walloons, who speak French. In the region of Brussels there are Flemish and French speaking residents but also many foreigners. The third official language alongside French and Flemish in Belgium, is German.

Flemish are closer to the Dutch and Walloons to the French, both with the mentality and temperament, and way of life. Between Flemish and Walloons, there is a certain degree of jealousy and they are sometimes even talking about the possibility of division of land into two states.

Brussels is bilingual, but if you go through the streets, you can hear a lot more languages ​​than just French or Flemish. A large number of foreigners live here, many of which are currently working in the institutions of the European Union. Brussels is a truly cosmopolitan city that offers many tourist sights and attractions such as: the Grand Place with historic houses and town hall, the famous Atomium and Mini-Europe – an entertainment center with models of buildings from different cities of the European Union.

Not least among the advantages of Belgium are their specialties and typical dishes and drinks. A very popular is fish in many ways, mussels, cheese or french fries with mayonnaise. From the candies you should try waffles and of course the world famous Belgian chocolates.

The most popular drink is beer. The best-known brands include Leffe, Chimey, Duvel, Jupiler, Maes, Hoegaarden and Stella Artois. They also have flavoured beers, such as cherry, strawberry or currant.

View Belgium – head of European Union in a larger map