Czech republic – the best beer all over the world 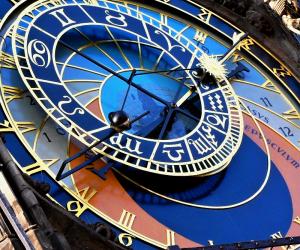 The Czech Republic became independent in January 1993 when Czechoslovakia split into two parts (Czech Republic and Slovakia). Before World War II Czechoslovakia was one of 10 most industrially developed states of the world and the only European country that retained its democratic regime until 1938.

Capital city of the Czech Republic, Prague is more than thousand years old, and offers rich architecture of different styles. Therefore, the city became a popular destination not only for tourists but also for many international film makers.

The most important economic sector is still a production, especially production of automobiles (Škoda), machinery, mechanical engineering and construction products. In Moravia, which forms the eastern part of the country, the iron and steel sector is predominant. The main crops grown include corn, sugar beets, potatoes, wheat, barley and rye.

About 95% of the country covering the hills and mountains which are perfect for skiing, horseback and mountain bike tours. In the dense forests you can meet the wild boars and foxes.

World-famous beer is produced in the Czech Republic, for example, Pilsner Urquell. Wine is produced in southern regions of Moravia and in some parts of Bohemia. Thanks to the 900 natural springs the country produces large volumes of mineral water. From traditional meals you should taste dumplings made ​​from potatoes or bread.