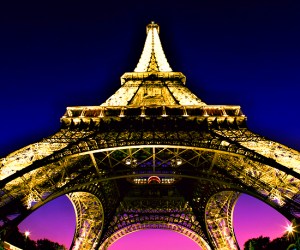 In France there are three different climates: Atlantic, Mediterranean and inland. This is because the state is located in both northern and southern Europe. Winters are really cold here everywhere with strong gales. The average winter temperature in France is between -10 to +10°C and in summer between 18 to 30°C. It is up to you what type of vacation you prefer, whether summer or winter, France is suitable for both.

It is good to conclude a travel insurance. Citizens of EU have the right to use necessary and urgent treatment. For visiting a doctor you have to pay 20 euros.

France is since 2002 the part of eurozone. Money in cash and travelers checks can be exchanged at banks, exchange offices, airports, post offices and nearly all hotels. Also credit cards are widely accepted almost everywhere, operates a dense network of ATMs. The amount that can be imported into France is unlimited.

If you travel with your pet, it is necessary to have a European passport issued and completed by the veterinarian. In addition, the animal must be vaccinated against rabies and identified either with a chip or tattoo. Animals younger than 3 months cannot be imported into France.

France is stretched in Western Europe at the Atlantic coast. The republic also includes the island of Corsica and 4 overseas departments of Guadeloupe, Martinique, French Guiana and Reunion, as well as St Pierre and Miquelon, Mayotte, French Polynesia, New Caledonia and Wallis and Futuna Islands. In France, there is a very diverse landscape and there are large differences between regions. The country has few large cities such as Paris, Lyon or Marseille, otherwise it is primarily a country of villages, which are gathered together in the smallest administrative units – communes.

France offers a huge number of monuments, we would need several years to visit all of them. There is a huge number of ways how to spend your spare time. Water sports certainly can not be forgotten. The level of pollution over the years has been steadily improved and is regularly measured and monitored. If you rather prefer more privacy, we recommend the beach to the north, in Brittany and Normandy. You can rent windsurfing or even larger ship with crew, which will certainly get you the experience of a lifetime. If you prefer to remain in the country, you can canoeing on the French rivers. Canoeing in the middle of beautiful forests certainly has its charm. France may be called the land of festivals. You will always have a chance to experience the atmosphere of some of the traditional and less traditional celebrations. Whether it is a carnival in Nice in February, international film festival in Cannes in May, bullfighting on the summer solstice in the Roman amphitheater in Nimes and wine festival in Burgundy in November.

France has a well-developed road network. There are highways on which you have to pay fees – “péage” and which are the fastest road routes. There is no problem to rent a car here, but it’s quite expensive. Better you do if you rent a car before you leave by your travel agent, but only if you are over 21 years, and if you have a valid driving license for at least 3 years. In July and August, when children have summer holidays the roads are often overcrowded and busy.

You have to be lucky when you need to park a car. In some cities, however, you can use blue zones where parking is free in one hour. The use of radar detectors is prohibited in France and punished by high fine.

Train services between Paris and other larger cities are provided by the SNCF – French National Railways. If you purchase a ticket, it is worth to buy a seat reservation, which is sold separately. All major cities can be reached by high-speed train TGV. There are also Motorail links, which also carry passengers with their cars or motorbikes. Train ticket is valid for 24 hours and must be marked in a special razor at the entrance to the platform.

French cuisine is unique in the world. It is extremely varied and suitable for every gourmet. Dining has always been a pleasure for the French. Their lunch often takes 2 hours. It consists of a starter, main course, vegetables, dessert, fruit, cheese or sweet dessert. Vegetables cannot miss in any dish, either in raw or modified form. The most common vegetables are artichokes, spinach or eggplant. French favorite meat is from sheep, poultry and venison. The menu also offers various steaks known as Chateaubriand, tournedos or Rumsteak, or with entrecote, which can be compared with roast beef. French national dish is rabbit, in all ways. As the France is the maritime country, it is obvious that they love seafood dishes. Among the real delights are crawfish, lobster, shrimp and sea urchins. The greatest speciality of French cuisine are snails and frogs’ legs. France is also a leading producer of cheese and you can choose here from up to 400 kinds of cheese. The table must also never miss a typical French Bread and the Baguette bread.

France is also a country of very good wines, which are served with every meal. No other country in the world can compete with France in diversity, tradition and prestige of wine art. The finest wines are considered Burgundy wines.

« Germany – rich and the most populous country of the European Union
Spain – tomatos, bulls and tequilla »