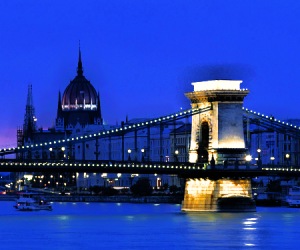 Hungary offers all kinds of the recreation opportunities. However it is not suitable for sea and salt water lovers, or for climbers and lovers of hiking and skiing, because the country is mostly flat and the higher hills are just at the border with Slovakia, where is also located the highest peak of Hungary – Kékes (1015 meters) situated in the Mátra mountain range. Snow occurs rarely, and only for a few days.

But everything else you can even imagine you can experience in Hungary – the cultural and social events, concerts and discos, folklore festivals, good food and drink, especially a great wine, sports (fishing, bathing and swimming, excellent opportunities biking, ballooning, parachuting and hang-gliding, windsurfing, sailing and water skiing on Lake Balaton, beautiful horses with the opportunity to ride on them, craft workshops, nostalgic carriage or old trains rides, boat cruises, live gypsy music, visits to zoos and nature reserves, and last but not least, many wellness activities in famous Hungarian spa.

Like any other cuisine even Hungarian one is influenced by the cuisine of neighbouring countries – mostly Bulgarian and Slovak. This cuisine is characterized by a variety of tastes and looks. Its main ingredient is the pepper, which grown all around the country. Another important ingredient is sour cream. The most commonly used meat is from oxen, calves, pigs or rams. They can also prepare the turkeys, chickens, ducks and geese as well as different game. The local rivers are excellent providers of freshwater fish such as perch, Danube catfish, sturgeon, pike or carp.

The most famous Hungarian dish is definitely Hungarian goulash or Segedin goulash. Then it is gnocchi with sheep cheese, which is the apparent influence of Slovak cuisine. The most popular spice is the pepper, served in six kinds and gives the meal its right Hungarian flavour. Popular soup is halászlé (fish soup) and bean soup. Another traditional dish is Perkelt prepared from various types of meat in a pot on the fire. Furthermore, it is worth tasting Borsos Tokány – braised beef in red wine sauce with tomatoes or Tordai lacipecsenye – crisp roasted young pork wrapped in flour with hot peppers. Traditional dishes include chicken with mushrooms and pepper, fried liver, Transylvanian layered cabbage or noodles with cabbage. The meals are served with all kinds of vegetable and fruit salads, e.g. such as cucumber salad with sour cream. Very popular deserts are strudels or poppy tubes.