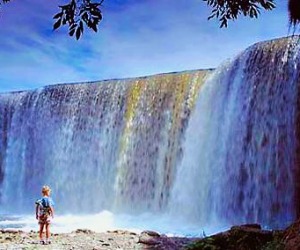 Estonia, officially the Republic of Estonia, is a country in Northern Europe. It is bordered to the north by the Gulf of Finland, to the west by the Baltic Sea, to the south by Latvia, and to the east by the Russian Federation. The territory of Estonia covers 45,227 km2 and is influenced by a temperate seasonal climate.The Estonians are a Finnic people, and the Estonian language is closely related to Finnish.

When to go to Estonia?
The warmest in Estonia is in the period from May to September, but even the highest daily temperatures aren’t over 22 °C. If you experience heat in Estonia at around 30 °C, it is something unusual and it happens very rarely. The sea temperature in summer is between 16 to 21 °C. Since July and August are quite rainy months, the best time to visit Estonia is in May, June and September. There is a constant and pleasant weather, which only occasionally interrupts the storms. During the summer there are very long days which lasts 19 hours. During the summer months in Estonia you can visit a number of festivals and entertainment events. April and October are unpleasantly cold and windy months. Winter in Estonia lasts from November to March and temperatures are below 4 °C in some areas even freezes. Snow is common, and daylight lasts only a few hours. However, if you want to enjoy winter sports such as skiing, tobogganing or ice skating on frozen lakes, Estonia is ideal for you in winter season.

Passports, visas, documents
EU citizens do not need a travel visa to Estonia, but only if the planned duration of stay does not exceed 90 days. They must carry a valid passport or identity card with machine readable zone.

Health
EU citizens will be treated free in Estonia with the European health insurance card. Most health facilities in Estonia has a contract with the Estonian Health Insurance Eesti Haigkassa. If you were treated in private facilities / private doctor, who has a contract with the insurance company, you will be forced to pay the costs of treatment yourself. Do not forget to pack also a mosquito repellent, which is essential in summer. You don’t need any vaccinations unless you know that most of the time you spend in nature, it is good to be vaccinated against tick-borne encephalitis. Pharmacies are usually adequately supplied with Western medicine.

Money
Since 1992, the official monetary unit of Estonia is Estonian kroon, which is relatively stable. Although Estonia is a member of the European Union, yet it retains its original currency. In every city you will find currency exchange offices and banks where you can exchange cash. In case of theft it is a good idea to carry at least a small amount of traveler’s checks. They can be exchanged but only in larger cities. Most banks also accept eurocheques. In hotels, restaurants and shops you can also use credit cards.

Pets
If you want to travel to Estonia with your four-legged friend, you must obtain an international certificate of vaccination, including vaccination certificate against rabies. The animal must be identified by chip or tattoo. Dogs can also be transferred only through selected border crossings, those are the airport in Tallinn, Narva on the Russian-Estonian border and Valga on the Latvian-Estonian border.

Location and natural conditions
Estonia is the smallest Baltic country, which is located in Northern Europe and is bathed by the Baltic Sea. It borders with Russia and Latvia, and is separated from Finland with about 80 km wide Gulf of Finland. Nearly 10% of the territory consists of islands, the largest are Saaremaa and Hiiumaa. The country is covered with pine and fir trees, a large percentage of the surface occupy the marshes, swamps and bogs, which can reach depths of up to 7 meters. In Estonia, there is located the largest Baltic Lake Peipus. It forms a natural border with Russia and with its area of ​​3555 km2 it is the fifth largest lake in Europe. The largest lake located only on the territory of Estonia is Võrtsjärv with an area of ​​266 km2. Estonia is mostly a flat country. Only at the south-eastern part of the country you can find the highlands, where is the highest mountain of Estonia – Suur Manamägi, 318 meters heigh. The country has one of the greatest natural attractions, the Baltic Klint (also known as North Estonian Klint), which is 1200 km long limestone cliffs. The emergence of this unique natural phenomenon dates back 60 million years ago. In Estonia, there is also a relatively large number of national parks, reserves and protected areas.

Estonian cuisine
Estonian cuisine is largely influenced by German cuisine, and it is quite bold and quite unhealthy. As it is known, however, what usually is not healthy, it is very good. Further it may also influence Finnish, Russian and Latvian cuisine. The basis of Estonian cuisine is mainly meat, especially chicken, pork and fish. Popular delicacies are the puddings, smoked trout and other salted and smoked fish. Estonians often eat black pudding, sausages and all kinds of salami, potatoes, cabbage and many other vegetables. One of the most popular Estonian dishes are served cold marinated eel, called “Marineeritud angerjas”.