Dobšinská Ice Cave is the largest ice cave in the Slovak Republic and one of the most important and beautiful ice caves in the world. It is located in Stratenská Highlands, on the northern slope of a limestone hill Duča, near the mining town of Dobšiná. The cave is a part of the Slovak Paradise National Park (Slovenský raj). 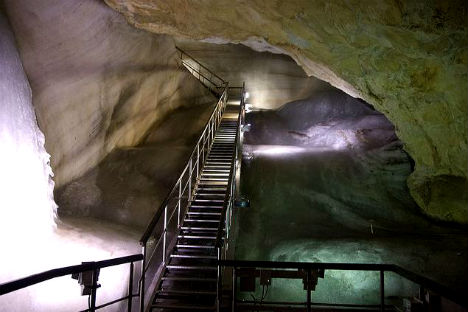 The entrance to the cave is situated at an altitude of 970 meters above sea level and used to be known as a “cold hole”. The first visitor was a mining engineer and amateur speleologist Eugen Ruffínyi with his friends Gustáv Lang and Andrej Mega. They explored the cave in June 1870. A year later it was opened to the public and in 1887 became the first cave in Europe with electric lighting. The total length of the cave is 1388 m, from which only 475 m long section is available for the public. In the years 1893 – 1946 the public skating was allowed here during the whole year. 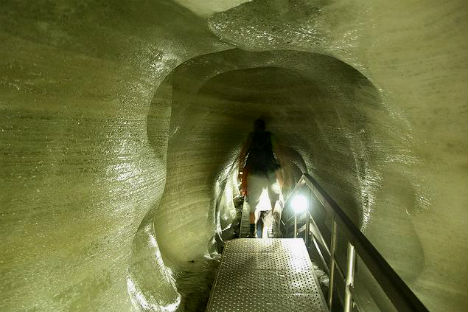 Underground spaces were created and formed by chemical and mechanical action of water of the river Hnilec. Dobšinská ice caves were originally connected with Stratenská caves. But after the collapse of the cave ceiling, the cave system has been divided and closed the air circulation. The cave got a shape of a pocket-like large cavity. It is 18 meters wide and 70 meters deep with a single hole on the surface. This resulted in the establishment of local microclimatic conditions and ice caves. In winter a cold air penetrates into the cave, which cools its walls and leaking water and freezes, creating ice formations (stalactites, stalagmites, icefalls, pillar and floor ice). The thickness of ice reaches up to 25 meters at the floor, its volume is approximately 145,000 cubic meters. The average annual temperature of the cave is -1 °C while the humidity reaches 96-99%. 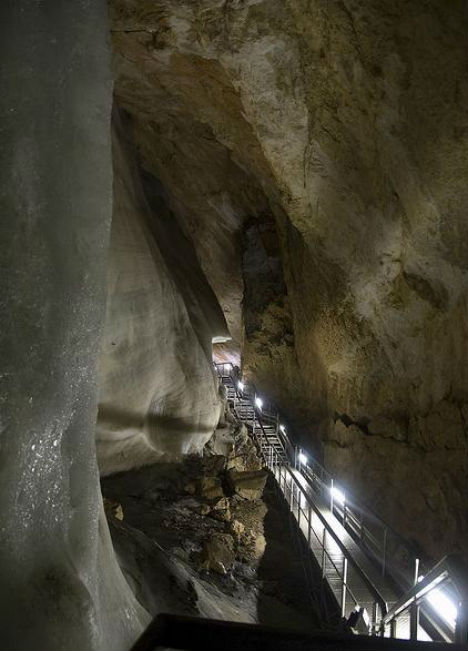 Glaciation is only in the part of the cave entrance, where it gets cold from outside. Rear and bottom areas are ice-free, but with many weathered stalactite formations. The cave consists of several separate parts – Small Hall, Large Hall, collapsing dome, Ruffínyi’s corridor, and other. The largest area is the Great Hall – 72 metres long, 42 metres wide and 10 metres high. The largest ice column is named the Well (Studňa).

The tour through Dobšinská Ice Cave lasts 30 minutes. It is open from May to October. Eating or drinking is prohibited here, you can use a camera for additional fee. Entry is permitted only with a guide.

Dobšinská Ice Cave is a home of several species of bats, and in 2000, the cave has been inscribed on the UNESCO World Heritage List. 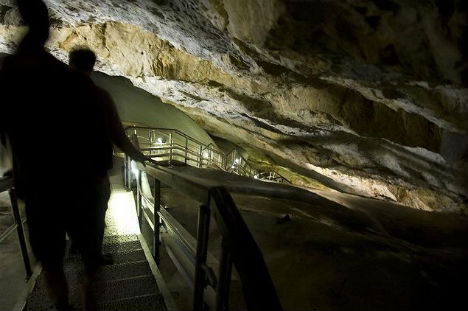