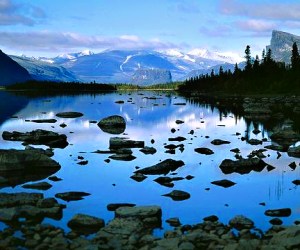 Sweden is the third largest country by area in European Union (after France and Spain), located on the Scandinavian Peninsula in Northern Europe. It is bordering with Norway to the west and Finland to the northeast, and has also water borders with Denmark, Germany and Poland to the south and Estonia, Latvia, Lithuania and Russia to the east. Sweden is also connected to Denmark by a bridge-tunnel across the Öresund.

Sweden, officially the Kingdom of Sweden, is a constitutional monarchy with a parliamentary democracy of government with the current king Carl XVI Gustaf. The country has highly developed economy. The capital city is Stockholm, which has about 800,000 inhabitants. The whole kingdom covers 449,964 km² with approximately 9,856,000 inhabitants (of which about 1.5 million are immigrants). The largest cities after Stockholm are Göteborg, Malmö and Uppsala. Three main areas of Sweden, basically corresponding to the southern, central and northern parts of the country are Götaland (south), Svealand (central part) and Norrland (north).

The best time for visiting Sweden is Winter or Summer when you can see the polar night (in Winter) and have the daylight only for a few hours, or polar day (in Summer) with the sun above you almost for 24 hours.

Among the best know people from Sweden you will find actress Greta Garbo or music group ABBA.