Košice is the most beautiful city in Slovakia, a metropolis of Eastern Slovakia and the second largest city in Slovakia. Together with the French city of Marseille, it is an European Capital of Culture in 2013. The once-forgotten town somewhere in the far eastern border of the EU is becoming a European city. 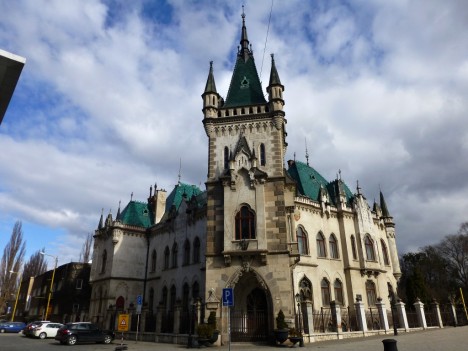 There are about 240 thousand, mostly young people, living in the city of Košice. The city is therefore also called the city of youth. It is a home of several universities – Technical University, The University of Veterinary Medicine and Pharmacy, Pavol Jozef Šafárik University that includes faculty of Medicine, Law, Science, and others. This vibrant city is the seat of the Constitutional Court of the Slovak Republic and can well take care of tourists and visitors.

Košice is not only a key economic agglomeration, but also the crossroad of transport routes. The town lies in the Košice basin along the wide valley of Hornád river, which is bounded on the west with foothills of the Slovak Ore Mountains (Slovak: Slovenské rudohorie).

Košice grew up in a crossroads of the trade routes connecting southern Europe with areas of the Baltic. Košice have a very good strategic location, because it lies close to three other states. Only 20 km away from Hungary, about 90 km from Poland, and about 80 km from the Ukraine. 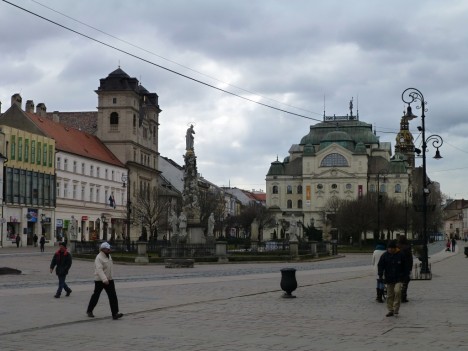 The city’s history dates back to the 10th century, when it was a part of Hungary. In 1369 the city gained a city emblem, which is the oldest documented city coat of arms in Europe.

Medieval history of the city is closely associated with trade and craft.

The historical center of Košice is the largest urban reserve in the Slovak Republic and is definitely worth visiting. The dominant sight of the city and its most important monument is the Cathedral of St. Elizabeth. It is the easternmost Gothic cathedral in Europe. Cathedral has a double spiral staircase as one of just five in Europe. The adjacent St. Michael Chapel and St. Urban Tower create together with the Cathedral a great complex of national cultural monuments. 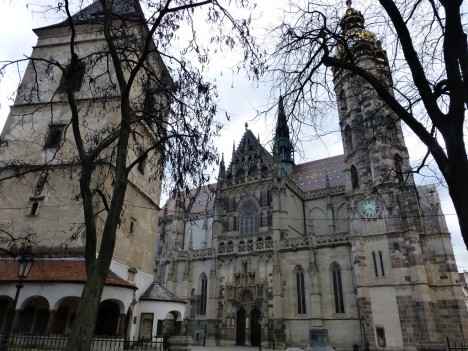 The historic city centre offers a pleasant pedestrian zone with lots of boutiques, bars and cafes. The main street is lined with Gothic and Baroque churches. A great atmosphere is supplemented with the playing fountain and a carillon. Park around the fountain is a universal place of relaxation for both young and old.

Among other sights of Košice you can find a baroque Town Hall, Andrassy Palace, State Theatre from 1899, The Levoča House (Košice’s oldest, still standing bourgeois building), Bishop’s Palace and the parish house, which now houses the Gallery of Claire Jakoby, which was a representative of Slovak art history. 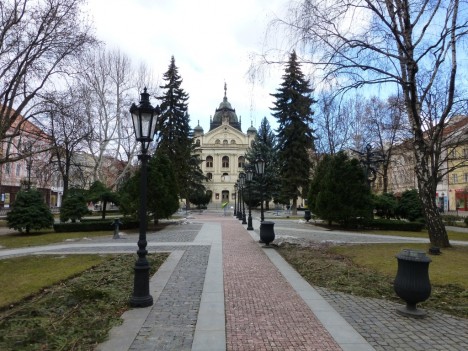 Košice’s golden treasure is one of Europe’s largest golden treasures. The total weight of gold in the treasure reaches thirteen kilograms. Its insured value is almost 8 million Euro but in fact has an immeasurable historical value. The East Museum in Košice built for it a special unique vault, and since 1970, visitors can see the treasure in the permanent exhibition. Golden treasure was discovered during digging the foundations of the new house in 1935 in Košice. The money and gold probably hid their owner in 1679.

Under the city centre you can visit the archaeological complex of Lower Gate. Lower gate was originally part of the fortification system. The remains were discovered in 90′s of the last century during the huge reconstruction of the city. 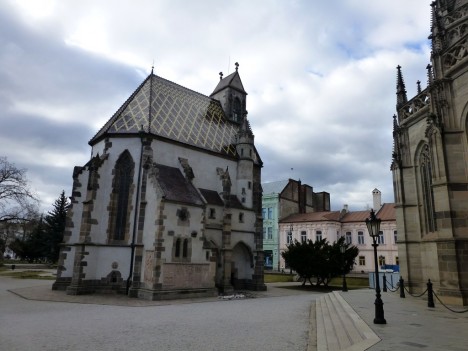 On the outskirts of the city is the international airport where you can also find interesting Museum of Aviation, which was open to the public in 2002. It documents the development of aviation and aviation technology from its beginnings until 1943. There are about 30 historical machines, aircraft engines, navigation and other devices that are used in aircraft. Definitely the most interesting exhibits of the museum are 18 original pieces of military aircraft.

In Katov bastion on the eastern edge of town you will find a zoological and geological exposure.

In Nicholas’s prison you can see jail facilities and torture chamber with the instruments that were made ​​specifically for the witches. 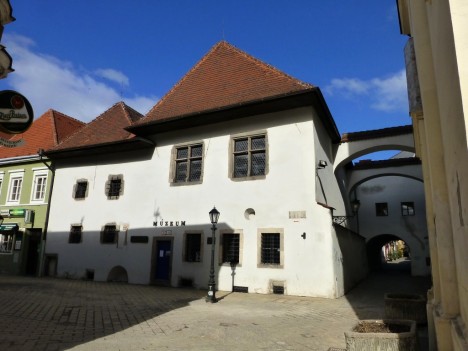 I also have to mention the traditional Europe’s oldest and second oldest marathon in the world – the International Peace Marathon. Marathon was founded in 1924 and still takes place every year on the first Sunday of October.

The last and probably the biggest attraction is the Technical Museum at the north end of Košice. You will find here absolutely everything in terms of historical metallurgy, engineering, locksmithing, blacksmithing, energy, physics and chemistry.

The city is a birthplace of many celebrities such as Sándor Márai, Martina Hingis, Stefan Margita and Waldemar Matuska. In May of 2011 Košice held the Ice Hockey World Championship. 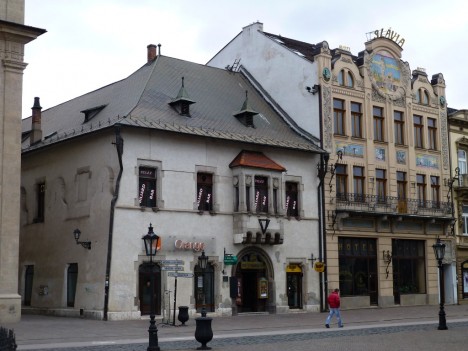 All pictures taken by Claire on March 2nd, 2013 for Europe Explored.