At the north-western part of Slovenia, in the Julian Alps, stretches Triglav National Park, which is the only national park in the country. Got its name after the highest mountain Triglav, which rises above the surrounding peaks to a height of 2864 meters above sea level. 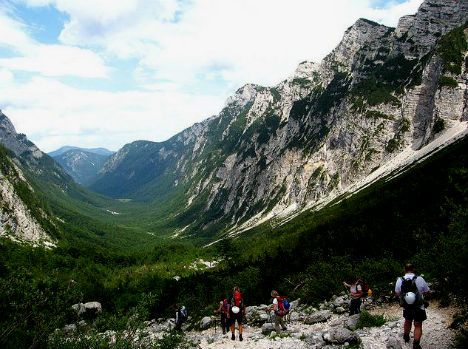 Photo licensed under the Creative Commons, created by 29cm

Triglav National Park is located on the northwest edge of Slovenia, near the border with Italy and is easily accessible from all directions. It is a paradise for nature lovers, who can enjoy intact alpine world here full of rare plants and animals. Therefore, there applies stricter rules than in other protected areas of lower status. The park area is covered with alpine karst, from the steep cliffs you can see falling great and powerful waterfalls and in the deep valleys are hidden glacial lakes. The largest lake Bohinj, which have tectonic-glacial origin, is situated at an altitude of 523 meters above sea level. With an area of ​​3,18 square kilometres and a depth of 45 meters it is the largest natural freshwater area in Slovenia. But they are also other minor lakes such as Kriška Lakes, Black Lake and Krn Lake (Krnsko jezero). 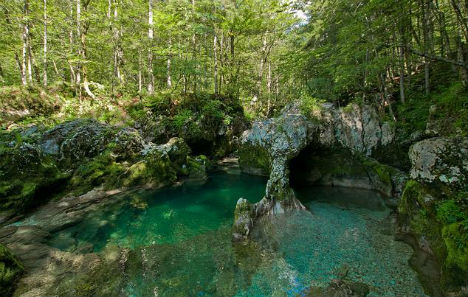 Photo licensed under the Creative Commons, created by Grant Bishop

The first a proposal to protect the area around Triglav was submitted in 1908, and in 1981 the region was declared a national park. It now occupies an area of 838.07 square kilometres wich is about 3% of the total area of ​​Slovenia. There are springs of two major Balkan rivers – the Sava and Soča. Soča rises at an altitude of 1050 m and flows into the Adriatic Sea. In contrast, Sava river is formed by the confluence of the Sava Dolnika and Sava Bohinjka streams, and flows into the Danube before Belgrade and then into the Black Sea.

The heart of Triglav National Park is formed by the dominant mountain Triglav, which, after recognition of an independent Slovenia became a kind of a national symbol, as is depicted on the flag, as well as the national emblem. Today it is a popular destination for climbers, adventurers and lovers of adrenaline. Its steep and clouds shrouded cliffs seemed to be insurmountable for a long time. Triglav’s north wall is with its width of 3 km and height of 1 km even the largest wall of the Eastern Alps. On top of Triglav over the north wall climbed the German-Austrian expedition for the first time in 1906, after which the route is now called the “German way”. Otherwise, it is possible to climb to the summit by following more than twenty other routes. A relatively simple and therefore most often used is that one from the southern side of Bohinj Lake. 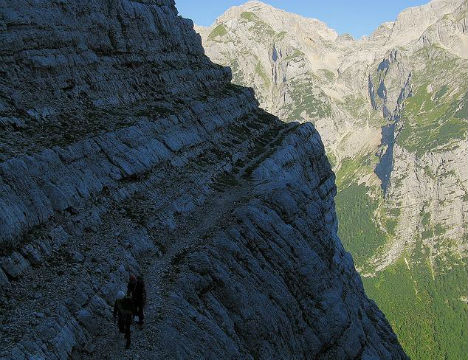 Photo licensed under the Creative Commons, created by chripell

If you want to know Triglav National Park a little more it is good to stay here for at least a week, otherwise you can miss many of its attractions and beauty. Park crosses over 7000 km of marked and maintained paths, where you encounter many inns and lodges for tourists providing quality and adequate facilities. Triglav National Park offers excellent conditions for hiking, recreational, as well as mountaineering. Prepare yourself, however, that the biggest attractions such as waterfalls are charged. It is not allowed to camp or bivouac in the park.

The best starting point for tours is the town of Bohinj, Kranjska Gora, Bovec and Kobarid. The largest information center of the park is located in the town of Bled. For hiking trips along the most beautiful valleys such as Vrata, Kot and Krma are the best starting points in the villages Dovje and Mojstrana. Just beyond the north edge of Triglav National Park you can find a mountain valley Planica, which is a place of famous Championships in the ski flying. 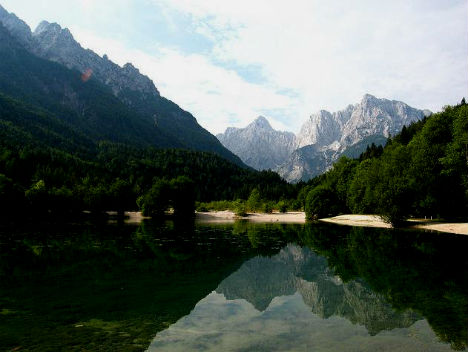 Photo licensed under the Creative Commons, created by 29cm

In the valley Vrata, which leads to the northern wall is a memorial dedicated to the local partisans from the World War II. Other attractions in the valley, but this time with the natural character is a waterfall Paričnik, falling in two stages – one from a height of 52 meters and the second from a height of 16 meters. The largest waterfall in the park is Zapotok waterfall (Zapotoški slap) measuring 73 meters, third largest then is the Savica waterfall with the height of 50 meters.

View Triglav – Julian Alps in Slovenia in a larger map