You will find the Bicaz Gorge in the north-eastern part of Romania. It is here where the Bicaz River cut a passageway that connects Transylvania and Moldova; allowing easier access between the two Romanian provinces.

The Bicaz Gorge itself is more than eight kilometres long and today can be more readily traversed thanks to the road that now follows the canyon as it meanders its way to the countryside. Many people insist that choosing to drive along the edges of the Bicaz Gorge affords one some of the most spectacular views of the Romanian countryside. 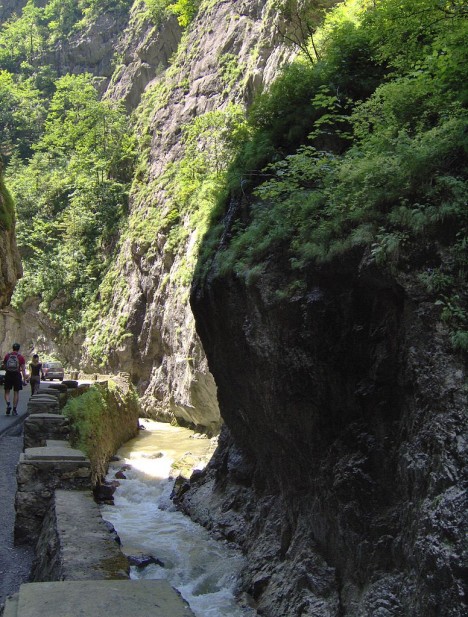 Nearby, you will also find the Red Lake, which is known locally as Lacul Roşu. A landslide formed the Red Lake in the early part of the 19th century. It is one of the most famous lakes in all of Romania and has attracted countless visitors over the years. Today there are number of accommodation options that can be found along the shores of the lake.

It is also interesting to note, that the Bicaz Gorge also boasts sheer rock wall faces that have attracted countless climbers to the area. As a matter of fact, the canyon is one of the most popular rock-climbing destinations in all of Romania. One of the most popular climbing sites is a section of 300 meter tall rock which overhangs the river and has been aptly dubbed the Neck of Hell by many climbers over the years. But there are also all phases which are perfect for the beginner including that of the Hasmasul Mic wall.

The entire Canyon rests within 7000 hectares large national Park that was established in order to protect more than 1150 species of plants that can be found within the Bicaz Gorge itself. And although there are a number of animal life that can be found within the gorge, for the most part the animals tend to stay away from the torrential water flows of the Bicaz River.