High Tatras National Park – the most beautiful place in Slovakia

It was back in 1949 when the High Tatras National Park was first established in the northern part of Slovakia. There is a unique and important preservation area which is dedicated to both flora as well as fauna which can only be found on some of the tallest mountains in Europe. 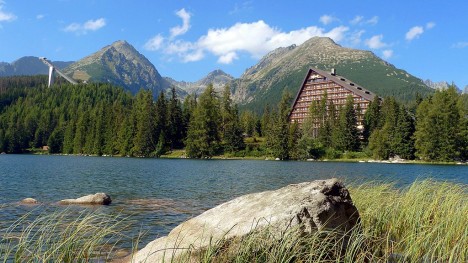 So the most interesting species that can be found within the High Tatras National Park include many different plants which can only be found along the highest summits of the mountains in the region. There are also a number of rare animal species which call the national park their home including the eagle, bear as well as the marmot. But perhaps the most precious of all species that lives within the High Tatras National Park is that of the chamois which lives in complete isolation among the glaciers of the park; there are more than 1000 chamois currently alive there.

The High Tatras National Park is also a home to some of the tallest mountains in all of Europe. One of the highest peaks that can be found within the mountain range is that of the Gerlachovský štít which stands at an amazing 2655 meters above sea level. There are also more than 100 different lakes and waterfalls that can be found throughout the High Tatras National Park. The largest, as well as the deepest lake that can be found within the mountain range is that of Veľké Hincovo pleso covering an area of 20 hectares, 53 metres deep. The highest situated lake is that of Modré pleso which is situated 2192 meters above the sea. Then of course there are also Popradské pleso and Štrbské pleso lakes which are located at lower altitudes, and as a result are some of the most visited lakes in the mountains. Zelené pleso lake is considered to be the most beautiful place in High Tatras mountains as well as in all of Slovakia. 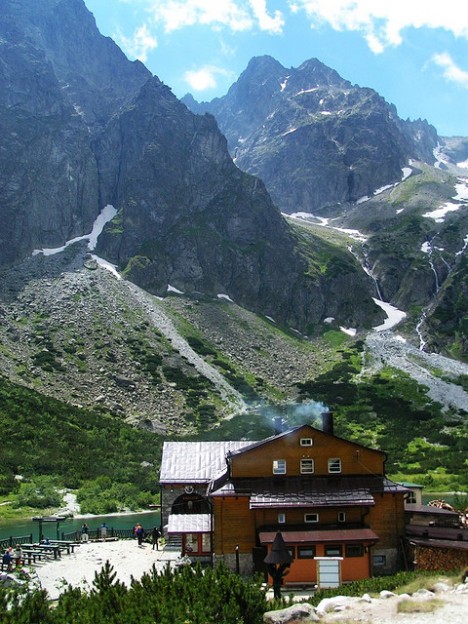 It is interesting to note that while there are a number of excellent caves that can be found throughout the High Tatras National Park, there is only one which is open to the public today. Anyone choosing to visit the mountain range can stop by and also check out this cave known as Belianska jaskyňa. It can be found in the resort of Tatranská Kotlina.

Due to the altitude of many of the summits and peaks of the High Tatras National Park, many of the hiking paths throughout the uppermost regions of the Park are closed between November and June. This is done so for safety reasons on account of the extreme winters that can be experienced in the mountain range, but also to protect the nature and animals in the park. For the remainder of the year, one can visit just about any part of the mountain peaks with the help of mountain guides and officially marked routes.

There are many towns and resorts to stay at when you choose to visit the High Tatras National Park which includes that of Štrbské pleso, Starý Smokovec, Tatranská Lomnica as well as Ždiar. Tatranská Lomnica is also home to the only museum dedicated to the park; which first opened up back in 1957. You can also visit cities of Poprad and Kežmarok that are found nearby.