Home » Wellness, Relax and Sports » Festivals » Východná Heritage festival – one of the most popular folklore and cultural festivals in Slovakia

The Východná Heritage Festival which is more commonly referred to as the Folklore Festival Východná, is one of the most popular folklore and cultural festivals in Slovakia. Every year, countless people make their way to the village of Východná which can be found in the foothills of the Kriváň Mountain in order to enjoy the festivities as well as catch a glimpse of the local folk art which is prominently displayed throughout the village. 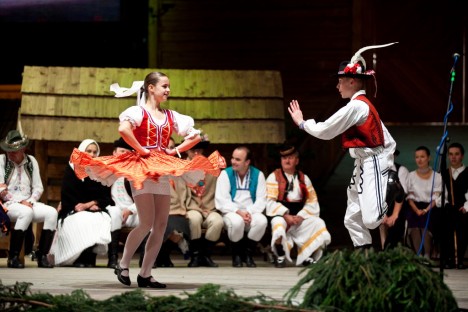 It was back in 1953 when the Východná Heritage Festival was first held. Originally, the festival was held in an open air field that overlooked the village; however, within the last decade a large theater was developed in the area in order to house the annual event. Every year, usually during the first weekend of the month of July, the Východná Heritage Festival is held in the newly constructed open-air theater.

Due to the fact that the Východná Heritage Festival is now considered part of the International Council of Organizations for Folklore Festivals and Folk Art, more than 1500 performers come to the festival every single year in order to entertain almost 100,000 people who regularly attend the annual event. 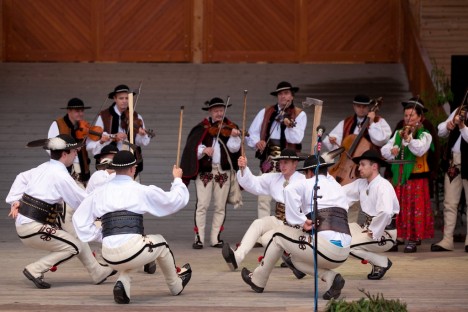 For the most part, much of the Východná Heritage Festival is held within the open-air theater, however there are a number of smaller events that can be found throughout the village; before, during as well as after the annual event. You will also find a number of kiosks located throughout the city during the event in order to ensure that there are plenty of refreshments and things to eat for the numerous visitors who come to this sleepy little village areas. The festival itself is also recorded and presented around Slovakia thanks to the efforts of state Slovak Television. 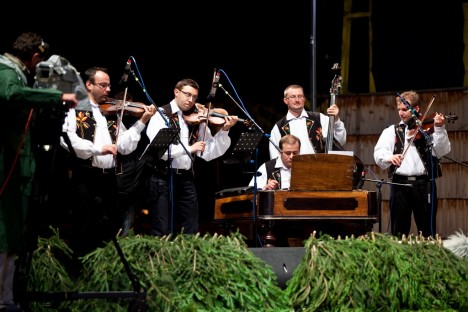 The Východná Heritage Festival is definitely a unique and interesting Festival to visit regardless of whether you are simply visiting Slovakia for the season, or even if you live there year-round. You are bound to stay entertained throughout your entire trip to the sleepy little village of Východná. So if you are visiting Slovakia during the early part of July, make sure to take a day and head on over to the Východná Heritage Festival.