In many places along the canyon, the sheer cliff walls stand as much as 500 meters tall. The top of the cliffs along the Cava Grande Cassibile Canyon are covered in a variety of different tree species which only adds to the awe-inspiring views that can be found within the region. 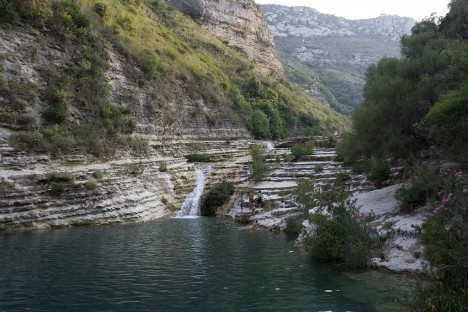 As the Cassibile River meanders its way to the canyon, it creates a number of waterfalls and natural swimming pools. Some of the locations throughout the canyon are openly available to the public for swimming; however other locations due to potentially dangerous undercurrents, are strictly off-limits.

One of the best ways to enter into the Cava Grande Cassibile Canyon is by starting in the old yet picturesque village of Avola Antica. From here, you are able to follow a path that leads you down into the canyon where you will be afforded some of the most amazing views imaginable. However, it is also possible to access the canyon through the village of Scala Cruci.

Regardless of how you choose to access the Cava Grande Cassibile Canyon it is important to remember to bring a good pair of shoes because many of the pathways are very rocky. Anything that you choose to wear should have appropriate ankle support in order to protect you from the uneven terrain. At the same time also do not forget to bring a towel and some sunscreen so that you can cool off in the crisp clean waters of the Cassibile River when the day gets too hot. 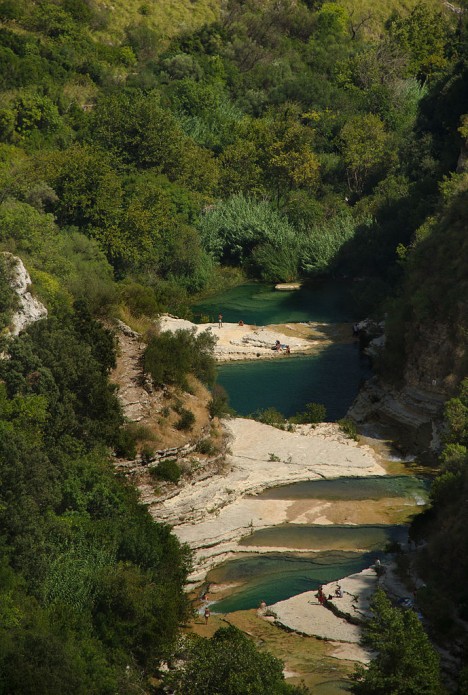 Perhaps one of the first things that a number of people notice when they start making their way through the Cava Grande Cassibile Canyon are the numerous necropolis that can be found carved into the limestone cliff walls of the canyon. While there are a number that date back to the Greek Empire, there are also several that date back to some of the earliest settlers of the Sicilian island back in 1200 B.C.

There are countless animals and plant species that can be found throughout the Cava Grande Cassibile Canyon including 400 varieties of plant species and almost 100 different animal species. Some of the inhabitants of the canyon are also very rare as well as endangered. As such, it is important to take special care when you are wandering through the Cava Grande Cassibile Canyon to make sure that you do not pick any wildflowers, or otherwise harm the ecosystem of the region.

The Cava Grande Cassibile Canyon is a beautiful example of what makes the island of Sicily so unique and special. So picturesque is the canyon, that every single year, tens of thousands of people make their way down the beaten paths which straddled the Cassibile River from the head source all the way out to the Ionian Sea.