You will find the beautiful Krásna Hôrka Castle situated within the Rožňavská kotlina basin, just to the east of Rožňava town. It is not hard to spot the Castle on account of the fact that it sits atop a mountain which is barren of any and all trees. 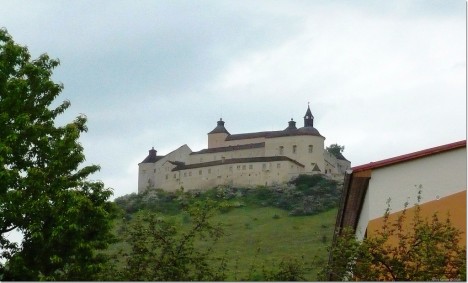 During the times of the Turkish threat to Slovakia, several fortifications were added to the Castle including three canon bastions as well as a terrace. Then again in the 18th century, when the Chapel of Nativity of the Virgin Mary was constructed within the castle grounds, one of the canon bastions were also reconstructed.

Today Krásna Hôrka Castle is home to the Slovak National Museum which is dedicated to not just history but also the development of the Castle over the centuries. Anyone who chooses to visit the Castle will see just how rich and colourful history of the area actually is. There are sections of the Castle that are dedicated to the various aristocrats and owners of the property since the castle was first built back in the early 14th century.

Perhaps one of the most interesting aspects of the Krásna Hôrka Castle is its amazing collection of arms. There are countless medieval weapons exhibits which can be seen within the museum. There are also several modern weapons as well. One of the most popular attractions in this section of the museum are a pair of bronze cannons, which were built back in 1547. 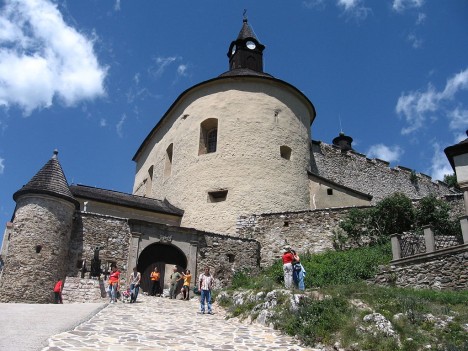 Upon entering into the Krásna Hôrka Castle, many people will notice the medieval style catapult which is situated near the front gate. This catapult was built in the late 20th century and is used every single year during the annual Castle Games. Just outside the nearby village of Krásnohorské Podhradie, you will also find a Muslim, which contains the sarcophagi of two members of the Andrássy family who are one of the most popular and famous owners of the Castle.

The castle was damaged by fire in 2012, therefore it is still closed and you will only be able to see it from outside. However you can already plan your visit for next year, when the reconstruction works are planned to be finished or you can also visit other attractions in its neighbourhood such as Betliar Manor House, Jasovská Cave, Domica Cave or hike through Zádieslká tiesňava Canyon.