Banská Bystrica – one of the most beautiful cities in Slovakia

One of the most beautiful cities in all of Slovakia is that of the city of Banská Bystrica which can be found right in the middle of the country and as such it forms a heart of Slovakia. Banská Bystrica is a university town full of young students and therefore it offers countless attractions that will keep anyone busy throughout their entire vacation.

The city of Banská Bystrica can be found situated along the banks of the Hron River. It was back during the Middle Ages when the city was first established and things to its ideal location along the banks of the river, it quickly flourished as an important trading point within the nation. And while trade provide an important part of the economy in Banská Bystrica, the city is most well-known for its mining industry; of which it is considered to be one of the richest mining towns in Slovakia. 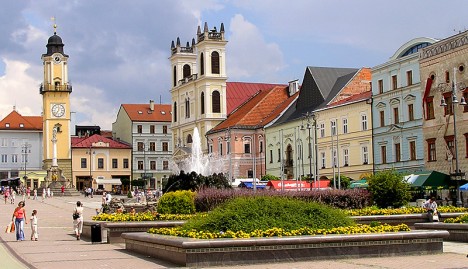 Back in the early years of Banská Bystrica’s existence, its number one product was that of copper that was pulled on the ground in mines that are found throughout the surrounding countryside. However, as time went on the copper eventually dried up and as a result was replaced with the processing of both iron and the clear cutting of the surrounding forest.

Of course there are countless other monuments which can be found throughout the city of Banská Bystrica. The best way to see everything that the city has to offer courses on foot. There is the beautiful Clocktower (Hodinová veža) which was built back in 1552 as well as the Thurzov house which is home to the popular Central Slovakia museum dedicated to the people and nature of central Slovakia. Of course the oldest landmark in Banská Bystrica is that of the Romanesque Church of the Virgin Mary which was constructed back in 1255. 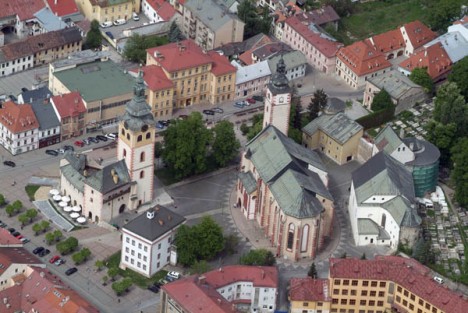 Once you are in Banská Bystrica, you could also pay a visit to nearby village of Špania dolina, which is well hidden among the surrounding mountains and offers great atmosphere of typical Slovak historic village. Banská Bystrica is situated at the foothills of Low Tatras and Veľká Fatra National Parks and therefore offers lots of hiking possibilities during the summer months as well as some of the best skiing opportunities in winter. One of the most popular is known as Donovaly, which is also one of the biggest and best equipped skiing areas in Slovakia.