Bojnice fairytale castle – one of the most popular castles in Slovakia

It was back in the 12th century when the Bojnice Castle was first constructed. Back then it was nothing more than a wooden fort. However, within the next century, the wood would be replaced by stone. And in 1302 the first private owner, Máté Csák, with take control of the castle after it was given to him by none other than King Ladislaus V of Hungary. A century later it would be reverted back to King Matthias Corvinus later bequeathed to his illegitimate son. 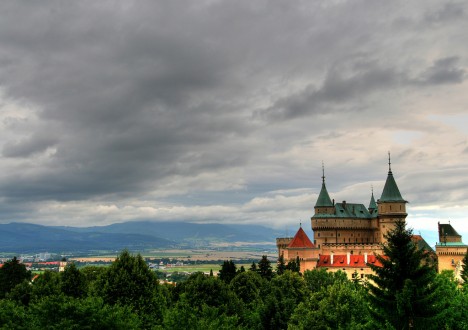 After the death of King Matthias the castle and all of the lands were sold to the Zapolya before finally falling under control of the wealthy Thurzos family back in 1528. It was under the control of the Thurzos family that Bojnice Castle, as well as many castles throughout Slovakia were reconstructed for the very first time. However, the current reincarnation of this picturesque castle can only be accredited to John Palffy, who completely reconstructed the castle back at the end of the 19th century. 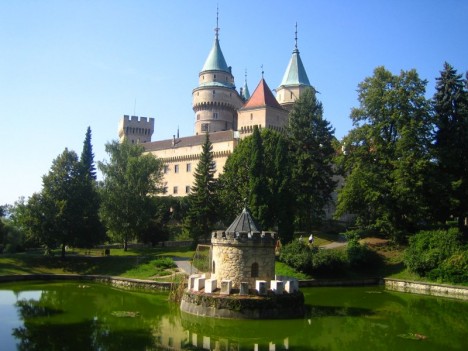 John Palffy’s heirs fought over control of the castle and much of its contents, and as a result much of the historic works that were once contained within the walls of the castle, were either destroyed or sold off. The property and all the surrounding land was then transferred to Ján Baťa in 1939 before being confiscated by the government of Czechoslovakia back in 1945.

It was while the Castle was under Czechoslovakia control back in 1950, that much of the castle was destroyed as a result of a huge fire. It was then that it was decided that the Bojnice Castle was to be restored to its previous glory and turned into a museum which was specialized in housing and presenting documents and other collections of the region.

On account of its beautiful and charming design, it is often considered to be a true fairytale castle. As a result it has been featured in countless movies over the last couple of decades and is also home to the annual Castle Fairytale Festival as well as the International Festival of Ghosts and Spirits. Today more than a quarter of 1 million people visit the Bojnice Castle every single year.

« L’ Oceanografic – the biggest dolphinarium in Europe | Valencia, Spain
Savica Waterfall – the most famous waterfall in all of Slovenia »