You will find the famous Eisriesenwelt Caves located in Werfen, Austria, just south of Salzburg. The cave itself is situated on the side of Hochkogel mountain. It is most commonly referred to as being the largest ice cave in the entire world. Due to the fact that it covers more than 42 kilometres of passageways under the mountain.

It was back during the late Tertiary period when the Tennengebirge mountains were first formed. Known as the Würm glaciation period, much of the Austrian Alps were formed, including that of the Eisriesenwelt cave. With each passing year, as the melting snows trip into the cavern and then froze the following year, the Eisriesenwelt was slowly eroded away over hundreds of thousands of years. 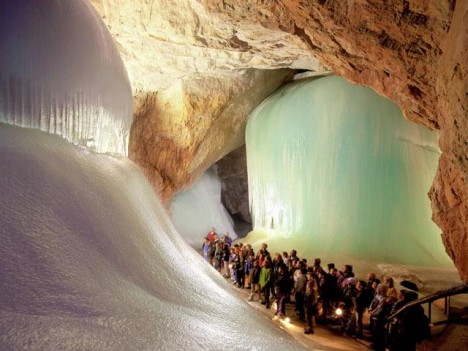 Anton Posselt, who was a scientist from Salzburg back in 1879, is credited with having first discovered the Eisriesenwelt Caverns. Up until this point in time, only the locals in the area knew anything about the cave. It is interesting to note, that Anton Posselt only took the time to explore the first several hundred meters of the cave, as he believed that the cave itself was an entrance to Hell.

It was not until 1912 when further expeditions into the cave would occur. Alexander von Mörk who was a speleologist from Salzburg spent much of the next two years dedicated to mapping out the internals of the cave network. However, as a result of World War I, his expeditions ceased due to the fact that he was killed as a result the bombings. 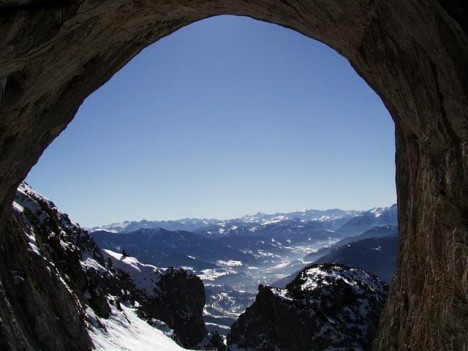 It is important to remember, that the Eisriesenwelt Caves are composed entirely of ice and therefore the temperatures inside are well below freezing level. As a result, it is important to make sure that you bring the proper clothing, no matter what time of year you choose to visit them. At the same time you must keep in mind that flash photography within the caves are strictly prohibited. 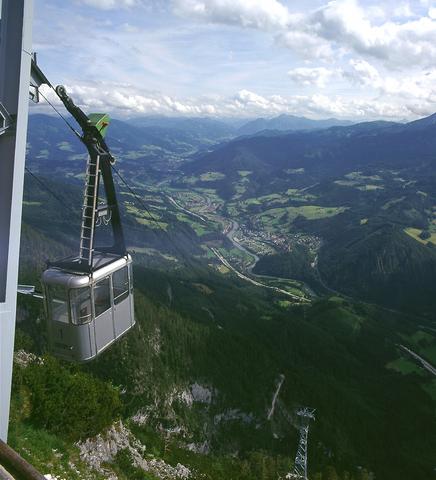 In order to get the most out of your trip to the caves it is important to take the time to sign up to a tour. This will allow you to get the most amount of relevant information about the caves, as well as their formation, and the various monuments and designations that can be found throughout the geological formation.

The caves are closed during the winter and basic admission is €20. For more information check the official site of Eisriesenwelt Caves: eisriesenwelt.at.

Pictures were used upon eisriesenwelt.at approval. Thank you!