In the southeastern part of Spain, you will find the Sierra Nevada National Park. It was only back in 1999 when this park was established. Today, it is the largest national parks in all of Spain and covers an area of more than 85,000 hectares. For the most part, the Sierra Nevada National Park covers the area from the Lecrin Valley to the Alpujarra.

Needless to say, the Sierra Nevada National Park is a very impressive destination within the country. It boasts more than 20 different peaks that tower more than 3000 meters above sea level. The tallest of all the peaks located within the park but also within continental Spain is that of Mulhacén, which tops out at 3,479 meters above the sea. This is followed by the 3,396 meter tall peak of Veleta, as well as Alcazaba which sits at 3,371 meters. 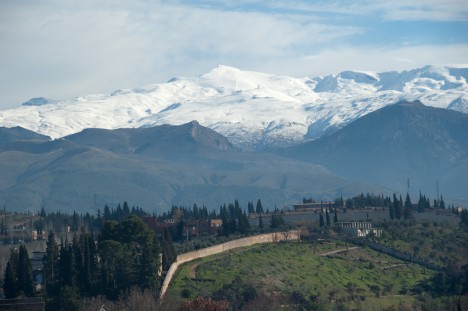 There are also a number of rivers and lakes that can be found throughout the park. The most popular rivers in the region is that of the Genil and Fardes. These two rivers can be found on the north face of the mountain range and feed into the Guadalquivir basin below. Along the western and southern faces, you will find the Poqueira, Ízbor, Dúrcal, as well as Trevélez rivers which make their way down into the Mediterranean Sea. With regards to the lakes, there are more than 50 of them located high within the mountains.

The fauna that can be found within the Sierra Nevada National Park are extremely unique on account of its isolation from the colder northern regions of Europe. It was during the last Ice Age when a number of critical species moved into the area in order to escape from the freezing climate of the North. After the Ice Age when the temperature started to warm back up, many of these started to make their way into the higher altitudes of the mountains.

Throughout the park you will find a number of different animals including wild boar, Spanish ibex, badgers, wildcats as well as martens. Overhead, it is not uncommon to see the Golden Eagle as well as the Bonelli’s Eagle. Even at night time, you will hear the calls of the Eurasian Eagle owl as well as the little owl. 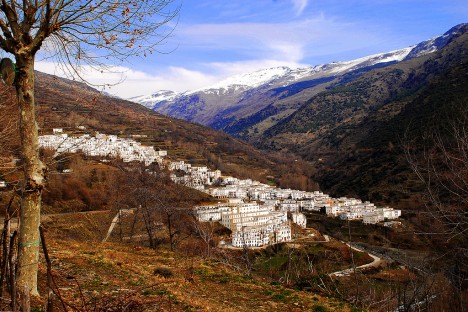 As far as things to do when visiting the Sierra Nevada National Park, you are bound to find something that will keep you busy regardless of the time of year. In the wintertime, the park is well known as a popular ski destination. It has been home to a number of ski championships and has also received recognition as being in the southernmost ski destination in all of Europe.

During the summer months, many people make their way to the national Park in order to go hiking. There are many popular destinations within the park including the summits of Veleta and Mulhacén. In order to make your adventure a little more comfortable, there are a number of cabins that can be located throughout the mountain range. The staffed cabins are available for small fee while the unstaffed cabins are free of charge.

All in all, you will be able to enjoy weeks of adventure and excitement when you choose to visit the Sierra Nevada National Park.