You will find the Neuschwanstein Castle in the southernmost portion of Bavaria. The castle is considered to be one of the most photographed destinations in all of Germany. The castle and the surrounding grounds offers some of the most picturesque views imaginable.

It was back in 1869 when Ludwig II commissioned the construction of Neuschwanstein Castle. The destination was to become a retreat for the royal who had only just handed over power of the area to the Prussians inspired by the Wartburg Castle and the stories of Arthur, he began construction on this beautiful castle in the German countryside. 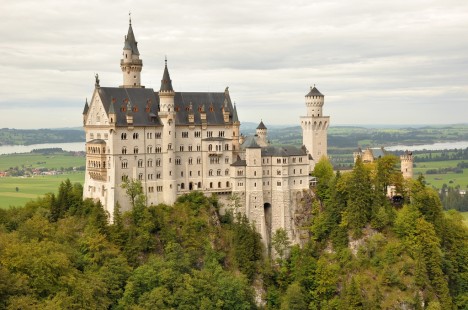 There are two amazing halls that can be found within the Neuschwanstein Castle. The largest of these two halls is known as Singers’ Hall and it is modeled after the main hall found in Wartburg Castle.

Neuschwanstein Castle also features a two-story tall throne room. With a ceiling that is more than 15 meters tall, there are two galleries that encircle the throne room on separate floors. The entire room is adorned with gold and blue decorations. Needless to say, the throne room is one of the most popular sites within the Castle.

However, the absolute most popular part within Neuschwanstein Castle is the Hall of the Holy Grail. After Ludwig lost his throne, he became infatuated with myths and legends. The Holy Grail was one of his infatuations. 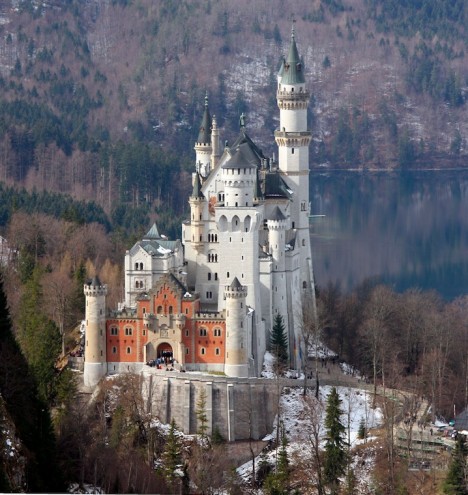 Another view of Neuschwanstein Castle, Germany by Reisen aus Leidenschaft

There are just so many great places within Neuschwanstein Castle that are worth checking out and exploring. One of these such places is the grotto which can be found within the castle grounds and features its very own waterfall. And if you find yourself bored with visiting the Castle, you can always make your way to the 12th century Hohenschwangau Castle which can be found nearby. There is also an ancient Roman bath that can be found along the edges of the nearby Mount Tegelberg.