Filicudi – one of eight Aeolian islands near Sicily, Italy

The island of Filicudi is one of eight that make up the Aeolian archipelago of islands that are situated just to the north of Sicily. Filicudi is a small island which is home to only 300 permanent residents. The shores of the island are rocky and are covered with hidden caves and secluded spots. 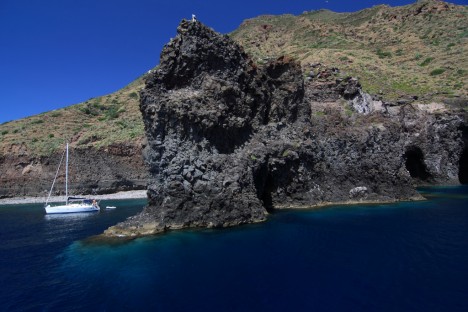 The beaches spread out throughout the island are pebble beaches rather than sand and while the main beach is the most readily accessible, many people prefer the secluded locations of the other beaches around the island. However, in order to get to the other beaches on Filicudi, you will have to cross sharp jagged rocks.

The island itself has been inhabited since prehistoric times. Just outside of town, along the man road that crosses the island you will find the archeological site of a Bronze Age settlement that was discovered on the island. The settlement was only discovered back in the 1950s and there are still regular digs going on in the area today. 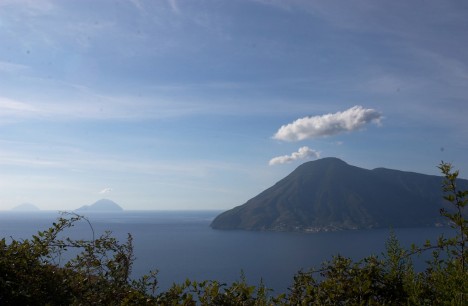 For those who want to get a true view of the surround waters and islands around Filicudi, you will need to put on some good shoes and make your way to the heart of the island where you will find Fossa dei Felci. The peak is situated 774 meters above sea level and from there you can see forever in all directions. The views at the peak are nothing less than extraordinary and if you are up to it, you simply have to spend the day trekking to the top.

An interesting place to visit on Filicudi is the Grotta del Bue Marino which up until the 1960s was inhabited by seals. Unfortunately the seals no longer live in the cave which makes visiting it a little easier. The nearby Cane Reef is also a popular attraction around the northwestern part of the island.