Meteora mountain – one of the most memorable places in Greece

One of the most memorable places in Greece is a beautiful monastery complex of Metéora. It is located in northwestern edge of the Plain of Thessaly. From here to a height of 400 meters or more you can find the sandstone cliffs on the tops of which there were built a total of 24 monasteries. For its uniqueness Metéora was in 1988 included on the UNESCO World Heritage List. 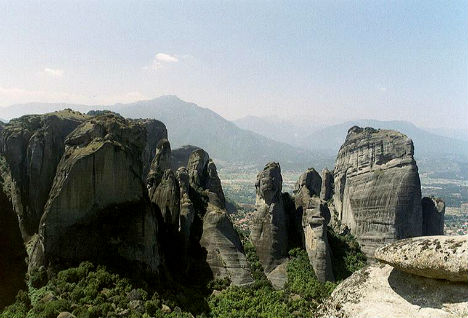 Photo licensed under the Creative Commons, created by Arian Zwegers

The rocks, on which monasteries are located, were formed about 30 million years ago. Initially there was a sea that constantly washed a sand, and finally created these strange formations. The sea finally receded and allowed the rocks to excel in all their glory. Since the beginning the rocky peaks are considered to be some kind of a magical place.

The first monastery called Megalo Meteoro was built by the monk Athanasios in 1336 on a cliff top at an altitude of 534 m. He moved here from Mount Athos and cave, where he lived before is now visible at the entrance to the monastery. Athanasios inspired other monks to the construction of monasteries and already in the 16th century there were 24 monasteries.

The decline of the Metéora monasteries began in the 18th century, when many church officials moved to the monk’s republic Athos. Unfortunately during the World War II, monasteries were bombed, and many of them were destroyed and others were vandalized. Only thirteen monasteries survived, six of which are open to the public, however monks and nuns are still living there. Therefore there are the exact opening hours determined, which change frequently. 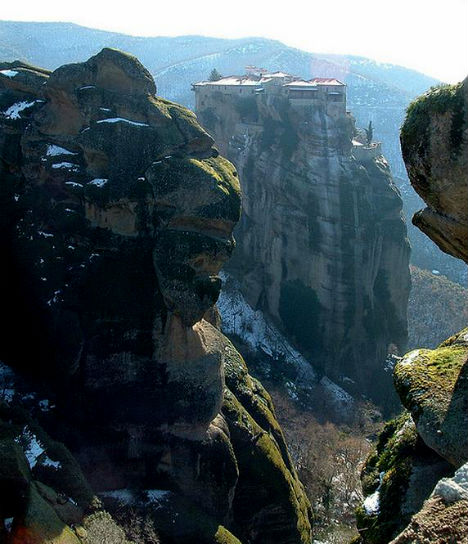 Monasteries were decorated with beautiful icons, including the icons by Theophanes the Cretan and furnished with precious furniture. In the monasteries you can still see many rare wall frescoes and relics.

Metéora is popular not only as cultural and religious center but also as a renowned climbing area. Local high, smooth walls are a challenge for many climbing enthusiasts. In these places, you can meet the best climbing groups. But the local rocks must be approached with respect, and can in fact be very dangerous.

Monasteries are particularly popular destination for excursions, the tour with expert commentary is primarily a male monastery Varlaam and a female monastery Roussanou founded in the 1288. During the visit, you need to pay attention to certain strict regulation. Women must have skirts that cover their knees, and men need to have trousers. All need to have covered shoulders. 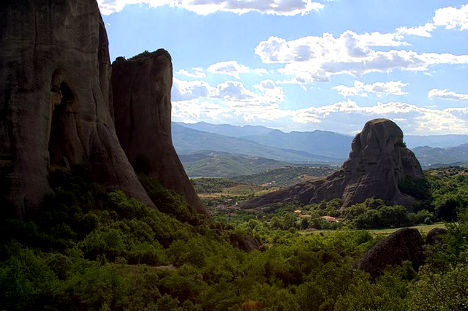 Photo licensed under the Creative Commons, created by Domenico Salvagnin

The rock monasteries of Metéora are among the most visited monuments in Greece, attracting thousands of visitors each year. They are often visited by tourists, who spend their holidays on the Olympic Riviera. Just below the rocky cliffs there are the ancient towns of Kalambaka and Kastraki. Kalambaka is a tourist base for visitors to Metéora. Kastraki picturesque village is located between the rocks. Its history dates back to the days of Turkish domination and was founded by the Greeks, who’ve fled here from the Albania’s bloodthirsty ruler Ali Pasha.

View Meteora mountain in Greece in a larger map