The El Torcal de Antequera is a Spanish nature reserve which is located just outside of the city of Antequera. It is a very popular destination in Europe on account of its most unusual transformations. It was back in 1929 when the area was first designated as a site of national natural interest, but was not turned into a nature reserve until 1978. 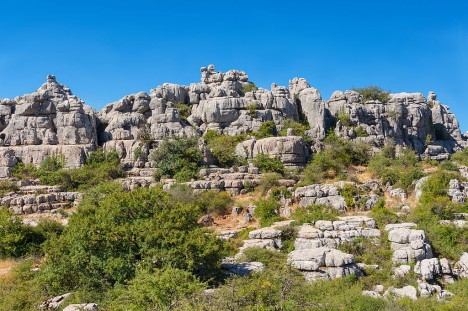 The reserve itself is situated around a small mountain range composed of Jurassic limestone. When the limestone was first formed hundred and 50 million years ago, it was located under the Atlantic Ocean. However, during the tertiary period, most of limestone was thrusted upwards more than 1300 meters above sea level. As a result of erosion brought on by the dissolution of water and the annual freeze-thaw action that is experienced through much of the region, the mountain range slowly began to form into the unusual shapes that it is known for today.

Of course not only do you have the standard mountain appearance to the region, but due to the composition of the geological formations, you also have a number of caves as well as other forms of underground formations. One of the most important caves in the area is that of the Cueva del Toro, which has become a very important archaeological site on account of the numerous Neolithic artifacts that have been uncovered within the cave. 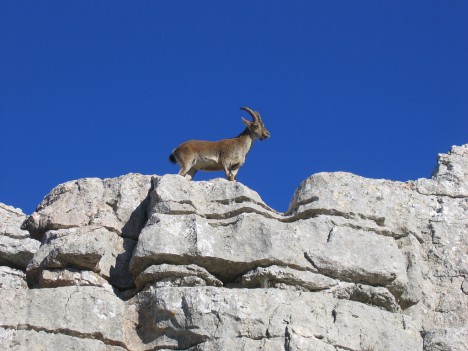 Of course above the surface, you will see a number of different species of plant and animal life. The vast majority of the nature reserve is covered by a wide array of different wildflowers which includes orchid, lilies as well as Nazarenes. You also see a number of different reptiles such as the eyed lizard as well as the Montpelier snake. It is not uncommon for a visitor to the nature reserve to run into Andalusian mountain goats, badgers, weasels as well as other roads. Overhead you will occasionally catch the glimpse of a Griffon vulture soaring above.

There is a single paved road that runs into the El Torcal de Antequera from the municipality of Villanueva de la Concepción. Here you will find a small gift shop as well as a visitor center. There are a number of different hiking trails which lead to some of the most popular scenic views in the region. These hiking trails are all color-coded to make them easier to follow.