Lichtenstein Castle – another fairytale castle in Germany with awe-inspiring views

It was back in 1840 when the Lichtenstein Castle was built in Germany, along the edges of the Swabian Alps. Sitting at an elevation of 817 meters above the sea, the Lichtenstein Castle overlooks the surrounding countryside just outside of Baden-Württemberg. The awe-inspiring views afforded to one who makes their way to the gates of the castle are truly unique. 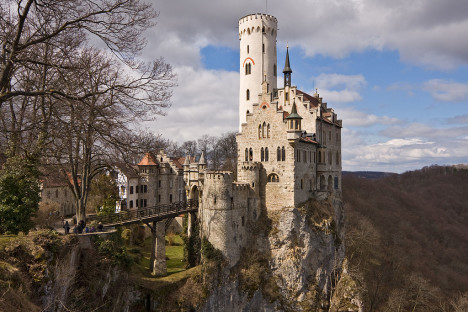 It was the Count of Württemberg who commissioned the construction of the castle after being inspired by the novel, “Lichtenstein”. The Lichtenstein Castle features a chapel as well as a very romantic courtyard and numerous gardens. Locally, people even refer to Lichtenstein Castle as a fairytale castle on account of its design and history.

It is important to point out, that Lichtenstein Castle was not the first castle situated on the site. Back in the 13th century, a castle had been erected along the cliffs but had been attacked and destroyed on at least two different occasions. The first time that the original castle was siege was back in 1311 during the Reichskrieg’s War. The castle was then rebuilt and then again destroyed by the city-state of Reutlingen back in 1381.

However, no attempt was made to rebuild the castle after the second siege and so it eventually fell into disrepair. There it sat for hundreds of years upon the cliff, falling into shambles. It was back in 1802 when King Frederick I of Württemberg took possession of the land and turned it into his own hunting grounds. In 1837, the land would be passed to his nephew, Duke Wilhelm of Urach, who built the current Lichtenstein Castle. 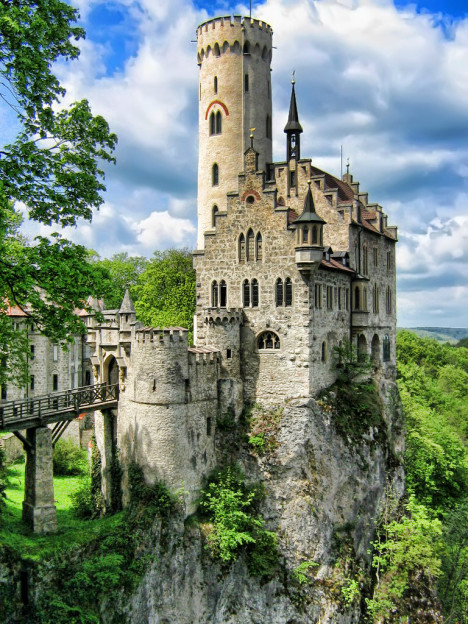 Today the castle is still owned by the heirs of the Duke. However, no one currently lives on the grounds and as such it has been opened to the public as a museum. Every year countless people make their way to Lichtenstein Castle to see this storybook castle in person. The number one stopping point within the castle is of course the armory which is still with a large collection of suits of armor. After all, what castle would not be complete without suits of armor.