You will find the Gower Peninsula in South Wales where it shoots out into the Bristol Channel. The Gower Peninsula covers a total area of just over seventy square kilometres. It is a very popular destination due to it having been dedicated as the first Area of Outstanding Natural Beauty in Britain back in 1956.

The entire region not only includes the peninsula, but covers an area of more then 188 kilometres. In the north, you will find the Loughor Estuary and to the east one can find Swansea Bay. 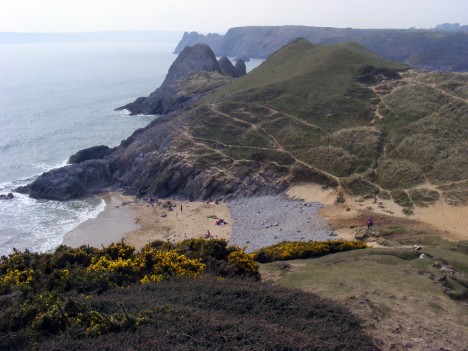 There are numerous caves that can be found along the edges of the peninsula. The most popular of these caves includes the Minchin Hole Cave and the Paviland Cave. The central portion of the peninsula is agricultural land. While there are some villages in the area, very few have been developed extensively.

It has been well known that the area of Wales has been inhabited by civilizations dating back to the Upper Palaeolithic Era. Over the years, a number of archaeological discoveries on Gower Peninsula have been made. Back in 1823, an archaeologist uncovered the skeleton of a male who had lived in the peninsula more than 33,000 years ago. Several burial chambers that have been successfully dated back to the Neolithic period have also been uncovered.

Out of the original nine stones Bronze Age menhirs that once existed on the peninsula, eight of them are still standing upright today. It is here that one will find the infamous Arthur’s Stone which weighs in at a massive twenty-five tons. To imagine that these massive rocks were cut and moved to the area during the Bronze Age is simply amazing. 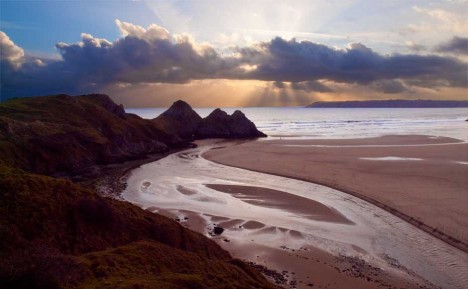 You will not only find a castle in the peninsula that dates back to the medieval period, you will also find the Roman fort of Leucarum. The Roman built fortress can be found where the River Loughor’s mouth existed back in the first century. Today a Norman Castle exists in the location.

You will find that the area is home to a total of six castles. You will find the Bovehill Castle on the Gower Peninsula as well as the Oxwich, Oystermouth, Pennard, Weobley and Penrice Castles. While not all of them are in the best conditions, they are nonetheless a very popular part of visiting the area.