Located along the southernmost edges of the Mendip Hills, you will find the village of Wookey Hole and its popular attraction, Wookey Hole Cave. The cave was formed by the River Axe as it slowly eroded the limestone over the course of countless centuries. Just prior to the river’s emergence at the village, it falls into an underground stream and then flows through several other local caves. 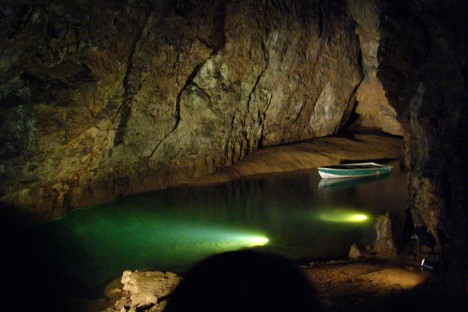 The cave is mostly known for the Witch of Wookey Hole which can be seen inside of the cave itself. This human shaped figure according to legend was once a Glastonbury monk who was turned to stone by a local witch hundreds of years ago.

The caves themselves have been inhabited for more than 50,000 years. More recently though the caves have been used as a place for the curing of cheddar cheese. The caves maintain a year round temperature of 11°C which makes them perfect for not just curing of cheese, but for keeping someone cold throughout the hot days of summer. 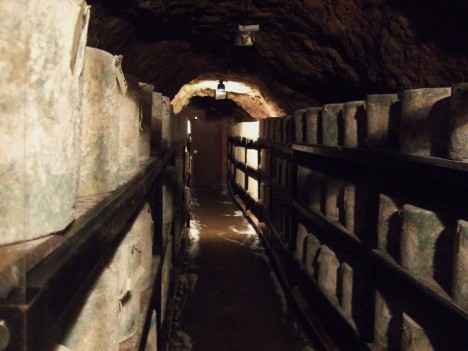 The oldest discoveries in the cave were made back in the mid 1850s. William Boyd Dawkins who had only recently moved to the area heard that some workers had found some old bones in the cave and he went to investigate. Soon, the remains of a man that dated back to the Paleolithic were uncovered.

Where the river finally emerges for the last time, an old paper mill was built. Known as the oldest paper mill in Britain, it was originally built back in 1610 and continued to operate until 2008. However, prior to the paper mill, a corn mill was situated in the area. The corn mill was first constructed back in 1086.

Another popular attraction in the area that surrounds Wookey Hole Cave is that of Ebbor Gorge. While the village can get quite busy during the peak season, many people chose to make their way to the gorge which is a more peaceful and tranquil spot to visit.

Since 1973, the mill and the caves in the area have been owned and operated by Madame Tussauds. As a result, tourism to the area has exploded and millions of people make their way to Wookey Hole Cave every year.