Covering an area of 2,132 square kilometers, the Snowdonia National Park is the third largest national park in the United Kingdom. The park stretches the vast distance between the Cardigan Bay to Conwy Valley. Along the southern boundary of the park, you will find the River Dyfi and the northern edge is formed by the Conwy Bay. 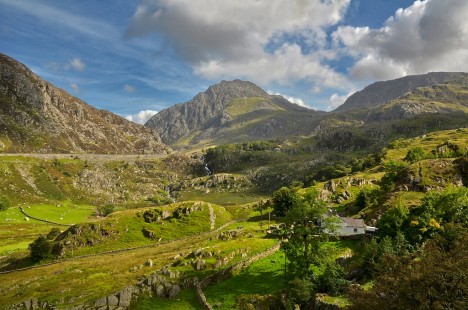 Named after the 1,085 meter tall Snowdon peak which can be found within the park’s boundaries, the park is a popular destination in the area. Originally known as the Great Throne, Yr Wyddfa is filled with legends that have been formed throughout the ages. In the old days, the region was part of the Kingdom of Gwynedd which was considered by many to be the heart of Wales.

There are a total of nine mountain ranges that can be found within the park’s boundaries. As a result, more than 52% of the area is covered by ragged rocks and mountain peaks; some as high as 915 meters above sea level. You will also find more than sixty kilometres of coastline within the park; some of which are sandy beaches.

The Snowdonia National Park is currently inhabited by more then 26,000 people. Most of the residents of the park speak Welsh. Those numbers soar as more than six million visitors make their way to the park every single year. Since there are a number of places and ways to sleep within the park, many visitors choose to visit the park for longer than just a simple day trip. 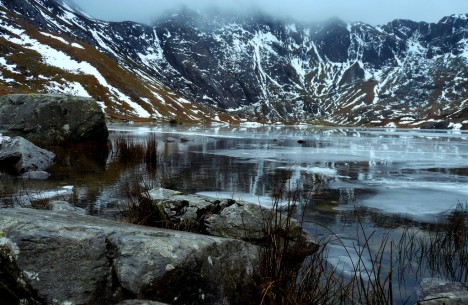 One will notice is that in the centre of the Snowdonia National Park, there is a region which has not been included as actually part of the national park. This hole as some refer to it includes the prosperous town of Blaenau Ffestiniog. The town’s main industry is its thriving slate quarry. The town was purposefully left out of the development of the park so that it could continue to grow in the future.

You could spend more than a week just visiting the park and seeing the many sites throughout. You will find ancient castles and ruins that date back to the earliest known settlements in the region. There are also several archaeological sites that can be found within the park’s boundaries.

Known for its beauty and splendour, the Snowdonia National Park is one of the most visited locations in the United Kingdom.