You will find the rocky island of Mont Saint-Michel situated only one kilometer off the coast of France, in the middle of the Couesnon River Delta. It is here where a Benedictine abbey was constructed during the medieval period; and still stands today as a testament of time.

Long before the construction of the abbey on Mont Saint-Michel, the rocky outcropping within the English channel were an important strategic stronghold during the sixth and seventh centuries it would not be until the Franks laid siege to the stronghold that it would eventually fall can be torn down completely. 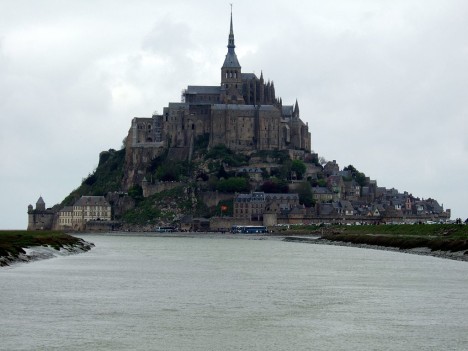 For hundreds of years, the mount was under control of France. However, in 1076 when the Normans conquered England, the island was annexed and made part of Britain. Soon after, the Normans financed the construction of an all new abbey on the island. 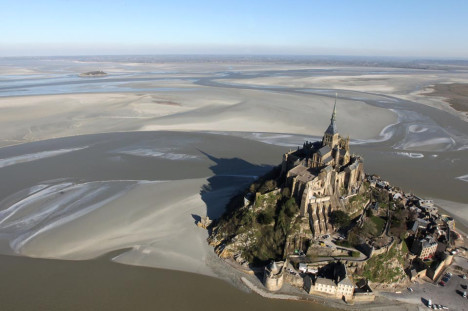 During the 12th century, Robert de Thorigny reinforced many of the buildings within the abbey in order to protect it from the oncoming battles with Normandy. Soon after the Norman annexation, King Philip financed instruction of an all new rectory and cloister in 1204.

Of course many things changed during the French Revolution as most of the monks had moved out of the abbey. As a result, the abbey was officially closed and turned into a prison responsible for holding the highest profile political prisoners. But unfortunately its use as a present would not last long because in 1836, the prison was finally closed down and declared a monument of historical importance. By 1979, Mont Saint-Michel was established as a UNESCO world heritage site. 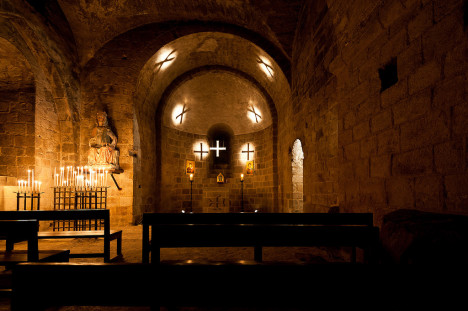 Inside of the Mont Saint-Michel abbey, France by mat’s eye

Access to Mont Saint-Michel is currently made possible by a causeway that extends from the shoreline to the island. However, many pilgrims choose to ignore the causeway altogether an attempt to cross on foot to the island. As result of the quickly changing tides and the quicksand, this can be a very dangerous and sometimes deadly decision. Even today, it is not uncommon to hear about somebody being injured after trying to cross to the island via the tidal flats.

Of course once you arrive to the island, getting up to the abbey is no easy task. There are more than 900 steps that make their way from the shores of the mountain up to the entrance of Mont Saint-Michel Abbey. But do not worry, you will find that halfway up the stairway is a small church which has been carved into the side of the mountain; you will find that this is a perfect place to stop and take a rest. 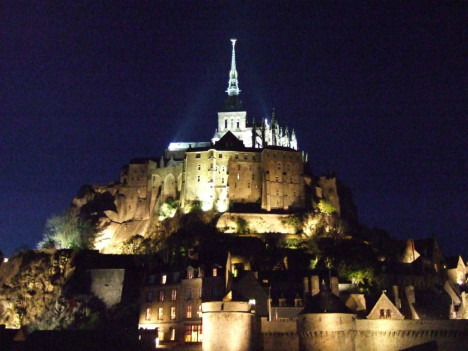 Visiting Mont Saint-Michel is definitely a unique day trip. Countless people every single year make their way to the island to see the centuries old abbey and experience the awe-inspiring beauty of the surrounding region.