The city of Aosta can be found in the northern part of Italy and is nestled in the Aosta Valley region of the Italian Alps, where two rivers merge. The area where the city stands today has been inhabited since the proto-historic era. The city of Aosta is most notable for the fact that back in 25 B.C., all of the Salassi inhabitants of the city had either been killed by the Romans, or were forced into slavery. 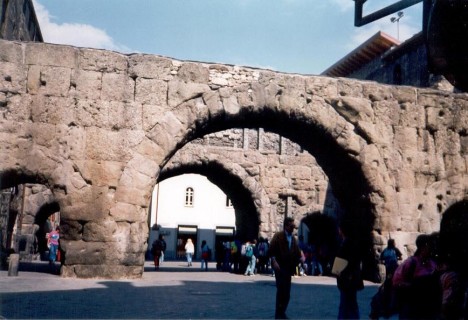 The city of Aosta would be settled afterwards by the Roman Empire which created Augusta Praetoria Salassorum. This Roman colony was to be a retirement home of sorts for more than 3,000 Roman veterans. The location was also of a military significance as both ends of the valley are protected by the Little and Great St. Bernard Passes.

Countless visitors make their way to Aosta in order to see the ancient ruins of the Augusta Praetoria Salassorum. This small colony is well-preserved and is enclosed in a walled area that measures 725 meter by 751 meters. The city once had four gates and two towers at either side of each gate. There were 20 towers in all. Nearby you will even find the 11th century Tower of Bramafan which was built atop of the original Roman bastion by the House of Savoy. 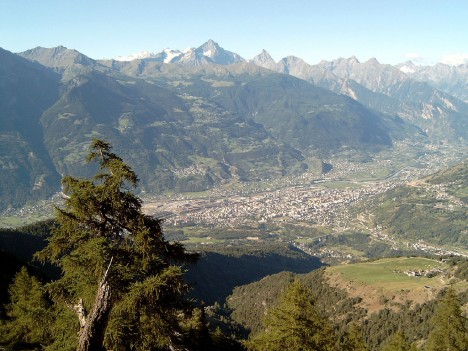 Aosta and its surroundings, Italy by Tinelot Wittermans

The 22 meter tall southern wall of the original Roman amphitheater still stands today. Built by order of Augustus, more than 4,000 people could fit into the Aosta theater. Just outside of the town you will find the Arch of Augustus which was built back in 35 B.C. to commemorate the victory over the Salassi.

All throughout the area one can find many well preserved structures which date back to the great Roman Empire. You would be amazed as to how well the Roman veterans were cared for by the empire.