Just west of the world famous Lake Maggiore is where you will find Lake Orta. Known by this name since the early years of the 16th century, the lake was originally known as Lago di San Giulio after having been dedicated to the Saint Claire back in the 4th century.

Lake Orta is situated only 35 kilometers northwest of Novara. The city is a popular stop on the Turin-Milan rail line. However, the lake is only 6 kilometers south of the Toce which is the more popular stopping point for people making their way to Lake Orta. 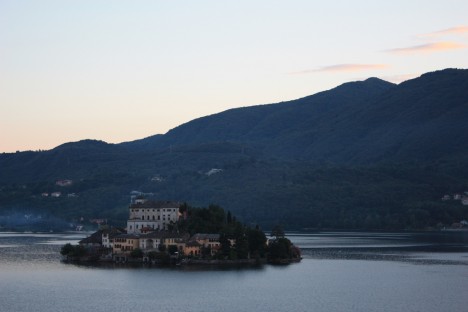 In the middle of Lake Orta is where you will find the Island of San Giulio. The island of San Giulio is only 275 meter long and 140 meters wide. The first chapel built on the island was first erected back in the 5th century. Today, the picturesque buildings on San Giulio are part of a Benedictine Monastery. It was named after the 4th century Saint Claire of Novara.

It is believed that the glacial sheets which formed Lake Orta were also the same that were known to have led to the formation of Lake Maggiore. It is believed that as the glaciers retreated, the water created from their melting was only partially diverted to Orta. Regardless of their formation, both lakes are very popular destinations for Italians and tourists alike. 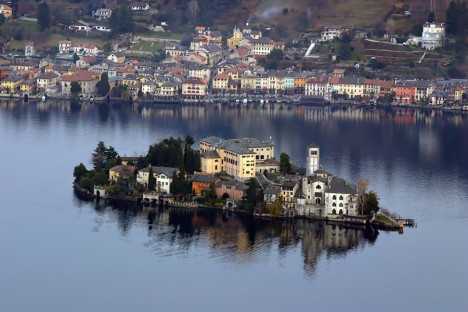 The shores surround Lake Orta are covered with lush green fields and many olive groves. While there are several beaches to choose from, most people who make their way to the lake instead opt to head out into the lake for a relaxing day away from the distractions of the countless tourists that line the shorelines. There are many attractions in the area and some fine resorts and restaurants located along the shores of Lake Orta.