Saint-Tropez – the town on French riviera 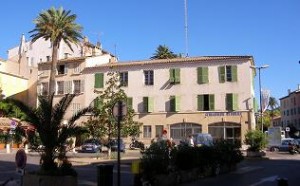 Saint-Tropez is a town, 104 km to the east of Marseille, in the Var department of the Provence-Alpes-Côte d’Azur region of southeastern France.

Saint-Tropez is located on the French Riviera, and it is known today for its famous and extremely wealthy summertime guests. It has been dubbed the ‘playground to jetsetters, fashion models, and millionaires’, and it is most-enduringly known as the place the iconic Brigitte Bardot “discovered” and for its role in the liberation of southern France during World War II. During the 1960s and the 1970s, the famous film series Le gendarme de Saint-Tropez with Louis de Funès further contributed to the town’s reputation.

The port is now primarily a tourist spot besides being a base for many well know sail regattas.

The inhabitants of Saint-Tropez are called Tropéziens[1], and the town is familiarly called “St-Trop”.

« Turin – Automobile and Chocolate Capital of Italy
Lago Maggiore – beauty on the shores of lake, Italy »