Known as both the automobile and chocolate capital of Italy, the city of Turin is a flourishing state-of-the-art metropolis which is home to the nation’s automotive industry. While the metro area of Turin is home to more than two million people, it is also the tenth most visited area in the whole of Italy.

The city of Turin can be found along the banks of the Po River. It features a rich and colorful history. There are many fine art galleries, as well as castles plazas and gardens in Turin. The city is also home to some of the finest colleges and universities in the country; the biggest of which is the Polytechnic University of Turin. 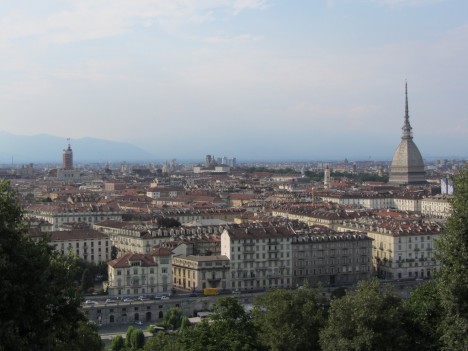 Turin, Italy by Andrew and Annemarie

The headquarters of famous automobile manufacturers including Lancia, Fiat and Alfa Romeo are located in the city. Parts of the International Space Station were manufactured in Turin as well; the Columbus and Harmony Modules. Next to Milan and Rome, Turin is considered to be the third largest industrial centers in the nation.

Turin is home to the tallest museum in the entire world. The National Museum of Cinema stands at 167 meters in height and has been a very popular attraction over the years. Many people who visit the city check out the Museum of Oriental Art, and the Egyptian Museum of Turin. Then there is also the Palatine Towers, the Gran Madre di Dio Church and the Baroque Basilica di Superga in the city.

Back in 1861, Turin was made the original capital of Italy as it was the home of the House of Savoys, the ruling monarchy of the country at the time. As such, there are many fine centuries old building in the oldest parts of the city. There is something unique about the mixture of old and new that can be found throughout the city of Turin.