Milano – the city of Italian fashion 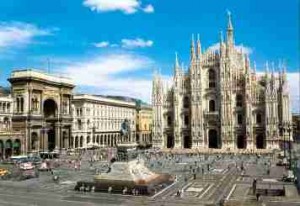 The city is at its hottest – weather-wise – in August, when locals take holidays, and many places close; though it can provide a tranquil alternative to the crowded coast.

Fashion and finance aside, Milan’s other religion is, of course, football. The city is home to both AC Milan and Inter Milano, two of Italy’s top teams, and passionate crowds pack San Siro stadium on Sunday in season.

The city also harbours some lesser-known attractions such as the Navigli’s canal-side cafés and old-fashioned gelaterie (ice-cream shops) and the funky design district of Isola.

View Milano – the city of Italian fashion in a larger map