Home » Sights » Cities » Pavia – the rich treasury of the art, history and culture in Italy

Pavia – the rich treasury of the art, history and culture in Italy 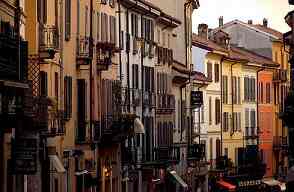 Pavia is the ancient town and comune (population of 71,000) of south-western Lombardy, northern Italy, 35 km south of Milan.

Pavia is the capital of a fertile eponymous province known for agricultural products including wine, rice, cereals, and dairy products. The town has the peaceful atmosphere and is home to the ancient University of Pavia.

View Pavia – the rich treasury of the art, history and culture in Italy in a larger map

« Karlštejn Castle – the most visited castle in the Czech Republic
Stonehenge – the well-known prehistoric stone monument in England, United Kingdom »