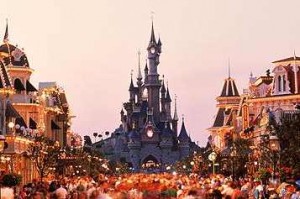 Disneyland Paris is a holiday and recreation resort in Paris, France. It is located 32 km from the centre of Paris. Operating since 12 April 1992, it was the second Disney resort to open outside the United States (following Tokyo Disney Resort) and the first to be owned and operated by Disney. With 15,405,000 combined visitors to the resort’s Disneyland Park and Walt Disney Studios Park in the fiscal year of 2009, it is France’s and Europe’s most visited Tourist site.

Disneyland® Park
In a Magical Kingdom not so far away – somewhere between a place where you wish upon a star and dreams come true – classic Disney heroes and heroines live once upon a time in fairytales that are, happily, never ending.

« Màntova – centre of the art and education, Italy
Lago di Garda – largest and most beautiful lake in Italy »