Lake Balaton is the largest lake in all of Central Europe, located in the Transdanubian region of Hungary. This lake is a very popular destination for tourists and is referred to as the “Hungarian Sea” by many of the locals. The Zala River feeds into Lake Balaton and Sio is the sole source of outflow for it. The northern shore of this lake is surrounded by a large mountainous region which is considered to be a very significant historical natural landmark as well as a popular area for making wine. 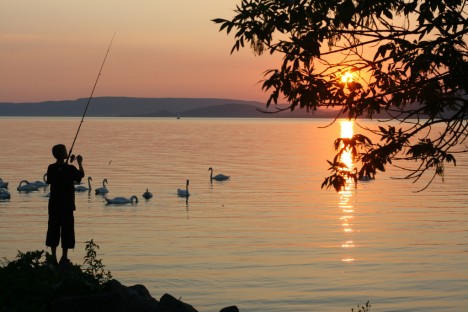 The southern shore of Lake Balaton is known mostly for the resort towns which border it. Some of the towns surrounding the southern shore region include Balatonfured as well as Heviz, which are historically known for being a place for the wealthy to stay. Late into the 19th century landowners began to build summer homes around this part of the lake, renting them out at more affordable prices to working middleclass travelers.

Those who live in Hungary know this lake as “Balaton”, which is derived from the Slavic word meaning “swamp” or “mud”. Lake Balaton has a significant impact on the amount of precipitation that the area experiences each year. The Lake Balaton area receives around two to three inches more precipitation than the rest of the country. As a result this area experiences quite a few cloudy days along with milder temperatures. 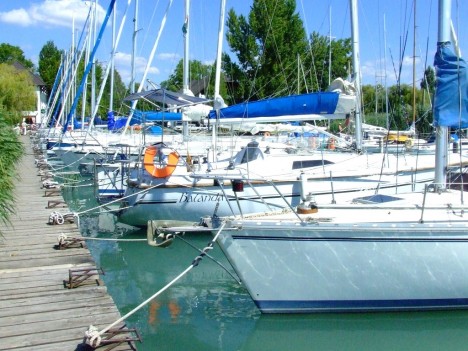 Yachts on Balaton, Hungary by arth2o

Tourism is certainly a significant source of income for those who live in this region, with a number of major resorts which thousands of people travel to each year. A few of the larger resorts around Lake Balaton include Siofok, Zamardi, and Balatonfured. From the month of June till the end of August there is a significant amount of tourism, mostly due to the beautiful scenery which is made up of grassy beaches which attract those who like to sail and fish.