Padova – where the beauty meets spirituality in Italy

The city of Padova is located in the northern part of Italy along the banks of the Bacchiglione River. Situated only 40 kilometers from the famous Italian city of Venice, Padova has been a very popular tourist destination for centuries.

The once walled city of Padova was surrounded by the many branches of the Bacchiglione River. With canals throughout the city, there are many old bridges scattered around the now bustling metropolitan region. Today there are more than 1.6 million people living in the Padova metropolitan area. 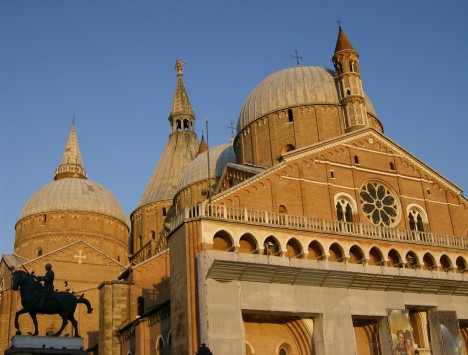 Basilica of Saint Anthony of Padua, Italy by Schnu99i

Many people who have studied English literature have read The Taming of the Shrew by William Shakespeare. The city of Padova was the setting of this very famous play.

It is said that Padova is one of the oldest cities in northernmost part of Italy. According to historical records and artifacts uncovered in the area, it has been determined that the city of Padova was founded by Prince Anteno of the Trojans back in 1183 B.C. A sarcophagus which was uncovered back in 1274 belonged to the prince.

By 45 B.C., the city of Padova became part of the Roman Empire and was well-known throughout the empire for their horse breeding. In front of the Basilica di Sant’Antonio da Padova you will even find the famous Donatello statue of Erasmo da Narni which features a General astride a magnificent steed. 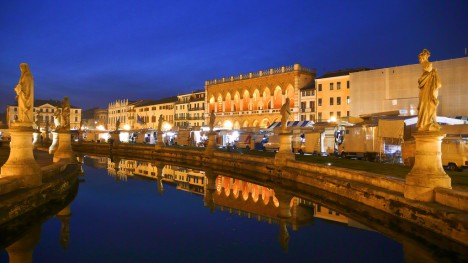 The city is also home to the University of Padua which was founded more than 820 years ago. Galileo Galilee is one of the most famous lecturers to have stood in the halls of the university. There are also a number of other historically important structures and monuments which can be found throughout Padova. The city is even home to the Palazzo della Ragione which is said to have the largest unsupported roof in the whole of Europe.