Verona – the city of neverending love and paradise of open-air opera, Italy

About 30 km from Lake Garda you can find the second largest city of Venice area. Verona is the capital of the province of Verona located in northeastern Italy. The world’s awareness gained mainly as the scene of Shakespeare’s famous tragedy Romeo and Juliet. In 2000, the historic centre was included into a UNESCO World Heritage list. 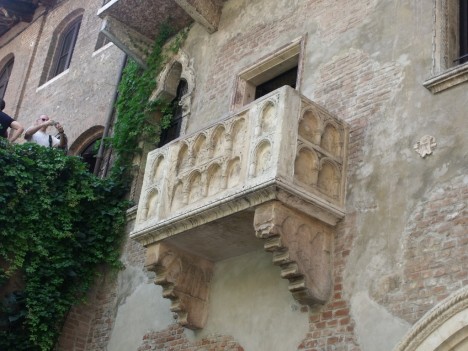 In ancient times, there was a Roman colony at the site of Verona, which over time turned into a prominent city-state’s and a capital of the whole region. Greatest importance, however, Verona got in the Middle Ages, when the invaders’ king Theodor changed its status to a royal city. At that time the city was under rule of Scaliger’s, later Milanese Visconti’s and finally it fell under the Venetian Republic, and remained so until the advent of Napoleon. Then the city came under the power of Austria, which lasted until the unification of Italy in 1866.

Verona currently has around 270 thousand inhabitants, it is a very prosperous city and a center of culture. It is also one of the most beautiful historic cities of northern Italy and has a lot to offer. It is often referred to as the “Gateway to Italy”. If exploring the city, you will be surprised as the most of the monuments and museums are located relatively close together, so it is pleasant and easy walk. 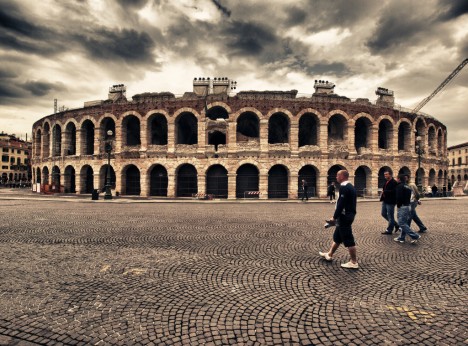 The most visitors begins their tour at the famous Arena in Piazza Bra. Arena comes from the 1st century AD and after the Roman Colosseum and Capua, near Naples, it is the third largest amphitheater in Italy. The arena is very well preserved, it lacks only the third layer, which was destroyed by the earthquake in 1183. It has stone seats and can holds more than 20 thousand spectators. The amphitheater was used for public executions, fairs, theater and opera performances and bullfighting. At present, this amphitheater is mainly used for the famous summer opera festival.

Then you can take a walk through the pedestrian zone of Via Mazzini, which is lined with many souvenir shops. This street leads to Piazza delle Erbe, which is the medieval heart of the city. Long ago there was a Roman Forum, now you will find bustling marketplaces here, cafes and buildings of different styles. There is e.g. a beautiful brick house Casa dei Mercanti of 1301, which served as a exchange and later as warehouse for buyers. The centre of the square is decorated with several monuments, such as Capitello, Berlina, Colona di San Marco and a beautiful fountain from 1523 with the statue “Madonna Verona”. 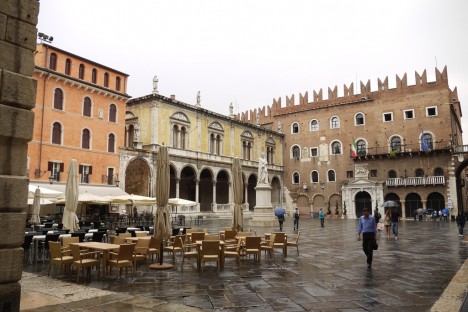 Once you walk through the arch, you get to the Piazza dei Signori, which was in the past the main square of Verona. It is dominated by banded Palace Palazzo del Comune, whose construction started in 1193. It served as a city hall, but later was used as the Court. On the right you can see the tower Torre dei Lamberti, of which you can enjoy a superb view of the city. Other important monuments are the brick palace Palazzo degli Scaligeri and Renaissance Loggia del Consiglio. In the middle you can see a statue of Dante from 1301.

What to visit in Verona