In the northern part of Italy you will find the ancient archeological site known today as Aquileia. During the Roman era, the town of Aquileia was considered to be one of the wealthiest in the entire empire. It was originally settled back in 180 B.C. and grew in popularity shortly after the construction of Via Popilia was completed back in 132 B.C.

Soon after the completion of the main road, which connected the town to Altinum, Aquileia would grow to become a powerful and wealth commercial center. At the peak of its time, the town of Aquileia was home to more than 200,000 Romans. The city was known for its glassmakers.

In 452, the town was attacked by Attila the Hun and set ablaze. Many of the glassmakers who had helped make the town prosperous, relocated to the area surrounding the Venetian Lagoon. It is here at the lagoon that some of the most famous glass shops min the entire empire rose. 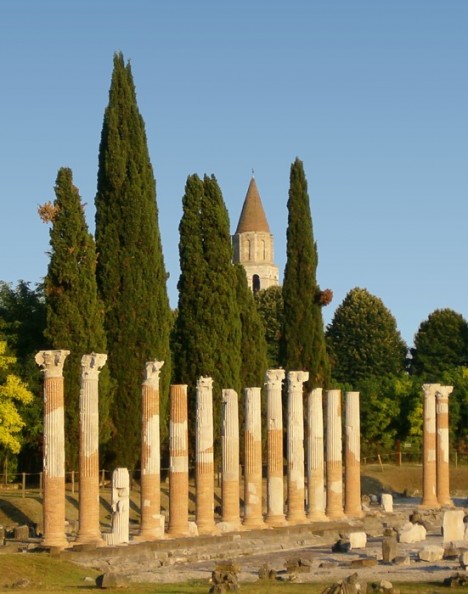 The town of Aquileia today is a park which is opened to the general public. Many of the ruins in Aquileia such as the forum, necropolis and harbor can be visited by year round by the general public. Many people also take the time to wander through the two neighborhoods in Aquileia that have been recently opened to the public as well. There are two different museums in Aquileia that house the many artifacts that have been uncovered over the years in the archeological dig sites located throughout Aquileia.

It is important to note that the original Roman basilica which had been built back in the 3rd century was destroyed during the attacks of Attila the Hun. The present day basilica was built on the ruins of the originally by order of the House of Savoy back in 1031.