Along the Italian border with Slovenia, you will find the city of Trieste. The city of Trieste has been in the center of many conflicts over the centuries as a result of its location. Towards the end of the Second World War, the city became an independent city state and had its own stamps and currency. But by 1954, the city was split up between Italy and Yugoslavia in order to stabilize the region during the Cold War Era. 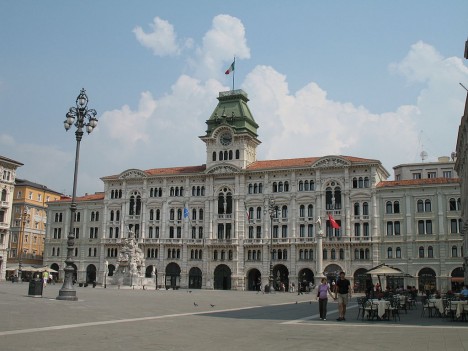 Today, Trieste is a popular tourist destination. There are a number of monuments in the city which attracts thousands of visitors every single year. The most notable of these is the Roman amphitheater that can be found in Trieste. There are many other Roman Era monuments spread out throughout the city. There are also a number of churches, temples and synagogues in the city.

There is also another castle in Trieste known as Miramare which was built in the early 19th century by Archduke Maximilian. Miramare Castle features many parks and gardens which were actually designed by the Archduke. You will find that there is a museum inside the castle which is a very popular destination. Not too far from the Miramare Castle you will find the International Center for Theoretical Physics. The area is known locally as Castle Park and is home to many of the city’s institutions for higher learning.