Faaker See or Lake Faak as it also called is an alpine lake which is located in the Austrian state of Carinthia. This is the fifth largest lake in Carinthia state, with a surface area of 2.2 km². The clear turquoise water that makes up this lake is what brings so many vacationers and bathers to it each year. Fishing is one of the most popular activities for tourists, specifically for whitefish which are known to inhabit the lake. 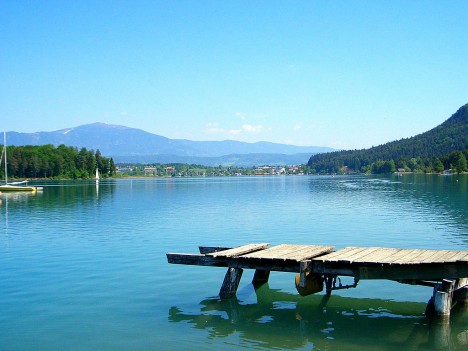 This lake is surrounded by the Karawanken mountain range, and it is located just south of Villach. The nearby Drava River is located at the northern slope of these mountains. The village of Faak is located to the southwest of Lake Faak, which is how it originally got its name. Faaker See has an average depth of 16.1 meters and a surface elevation of 554 meters. The Faak, Egg, and Drobollach settlements which are located on the northern shore all belong to the city of Villach.

There are numerous hotels, resorts and campsites around this lake, attracting thousands of tourists for fishing, swimming, and other water sport activities throughout the year. The striking beauty of this lake has attracted many people from around the world who wish to visit and see this historical natural landmark for themselves. The Faaker Lake was the primary inspiration for the classic Slovene folk song known as Nmav čez izaro, or “Over the Lake”, which is also considered to be the official anthem of the Carinthian residents. 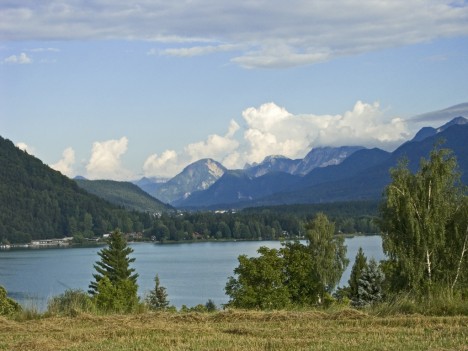 The Gail River is the primary outflow for Faaker See, and the primary inflow is Wourounitza, Rotschitza. The village of Faak, which the lake has been named after, is part of the Finkenstein municipality. There is no doubt that Faaker See is one of the most popular vacation spots in the entire area for those who want to relax in a beautiful and scenic region. Its position is also great for one-night stay for the people going from the north of Europe further to the southern countries like Italy or Croatia.