Located along the Ligurian coastlines of the Mediterranean Sea, you will find the ancient city of Genoa (Genova). Initially founded in prehistoric times by the Ligure tribe, control over Genoa would change hands many times before finally falling under the great Roman Empire. First there were the Etruscans, then came the Phoenicians, and the Celts, before the Greeks finally arrived and were conquered by the Romans.

In the Roman Era, Genoa was one of the most powerful states in the Empire. Their power continued on for centuries and it is even said that the flag of England was adopted from Genoa back in 1190. They were considered to be a super power back in the 10th century. Their power would finally come to an end in 1381 when the Venetians conquered the city.

While the city went through countless busts in development, much of the more historically significant buildings were left standing and were well maintained over the centuries. In the old city center, you will find most of the city’s most notable monuments and structures. Here you will find the Piazza de Ferrari, the Via Garibaldi as well as Doge’s Palace. There is also the 16th century Musei di Strada Nuova and the 5th century St. Lorence Cathedral. The largest sea aquarium in Europe can be found in the old port area which has recently been converted into a shopping center. 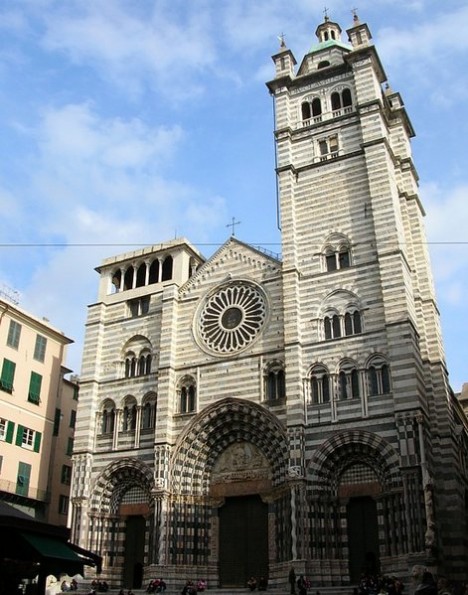 Along the edges of the Piazza de Ferrari, is where you will find the home of Christopher Columbus. While it is unclear as to whether or not Columbus was born in Genoa, what is known is that he spent most of his childhood in the city before becoming the navigator touted as having discovered America. There is also a monument nearby that has been dedicated to the world famous navigator.