Home » Sights » Cities » Ravenna – the capital city of the Western Roman Empire from 402 till 476, Italy

Ravenna – the capital city of the Western Roman Empire from 402 till 476, Italy

Back during the 5th century, the ancient city of Ravenna was made the capital of what has become known as the West Roman Empire. Today, the city is home to 8 major UNESCO heritage sites that date back to the 5th century. Long before it existed as a city, the area where Ravenna sits today was nothing more than a lagoon with canals spreading throughout the region. The lagoon and canals were filled in and city of Ravenna was soon realized. 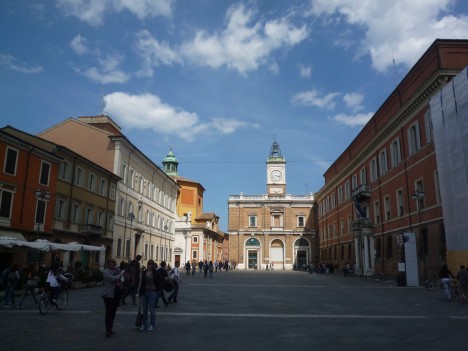 The most popular attraction in the city is the Mausoleo di Galla Placidia which is the resting place of Emperor Theodosius I’s daughter, Aelia Galla Placidia. The mosaics found within the mausoleum date back to the 5th century and today are considered some of the most well-preserved in the world.

Back when the city was first being developed, by Bishop Ursus was built a mammoth basilica in Ravenna. Most of the basilica was destroyed back in 1734 and the only part that remains today is the Battistero degli Ortodossi. You will also find nearby, the Battistero degli Ariani which has an amazing mosaic of the baptism of Christ.

There are many other popular structures in Ravenna that have been built over the centuries. While not dating back to the 5th century, many of these sites have none the less been well preserved over the years. There is the ancient Palatine church of Basilica di Sant’Apollinare Nuovo which features mosaics that depicts both Christian and Arian beliefs. The Basilica di San Vitale was built back in the 6th century which is also another very popular attraction in Ravenna.

You will also find the Dante Museum in Ravenna which is dedicated to the world renowned author, Dante Alighieri. Known for having been banished from Florence because of authoring the Divine Comedy, Dante spent the remainder of his life in Ravenna where he died in 1789.