Captivating ancient Italian city of Lucca lies in Tuscany. It is surrounded by massive walls and attracts visitors with its great historical city center, which includes attractive square, small churches, museums, galleries and cobbled streets. The city abounds with tranquility and elegance and became a popular tourist site. 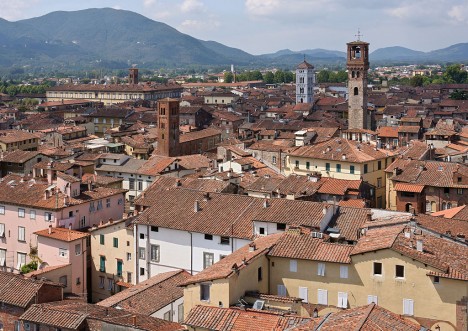 The city of Lucca was founded as a Roman colony in 180 BC and its urban structure is a relic of the period of Roman domination. It has became the Free City-State in the early 12th century and has retained its freedom until 1847. During the reign of the Goths and Langobard, Lucca was the capital of Tuscany. In the Middle Ages, its importance has even increased due to trade with silk. Also now, the city is a huge luxury linen exporter. In the 14th century Lucca conquered Pisa, Pistorius and almost conquered Florence. However the period of decline came soon, the city still managed to retain its independence until the coming of Napoleon. Until the unification of Italy, the city was ruled by the Bourbons.

In 1805, Lucca was taken over by Napoleon, who put his sister Elisa Bonaparte Baciocchi in charge as “Queen of Etruria”.

Everything worth seeing in Lucca, you will find within the massive brick fortifications with gates and bastions intact, which are preserved in its original form. Walking on the ramparts that surround the whole city is really very interesting. To the centre you can get through the gate Porta San Donato, which takes you to the main Piazza San Michele. Upon it rises a magnificent church of San Michele in Foro, built on the site of the old Roman forum. It has a beautiful facade consisting of streaked marble. Furthermore, the church completed miniature balconies, blind arcades and imaginatively twisted columns.

Near the church of San Michele in Foro, the famous Italian composer Giacomo Puccini was born here, whose native home was remodelled into a museum. Also another cathedral Duomo di San Martino standing in Piazza San Martino boasts beautiful facade.

Great artistic importance is the tomb of Ilaria del Carretto stored in the sacristy. Ilaria was the wife of an important medieval ruler Guinigiho Paola. 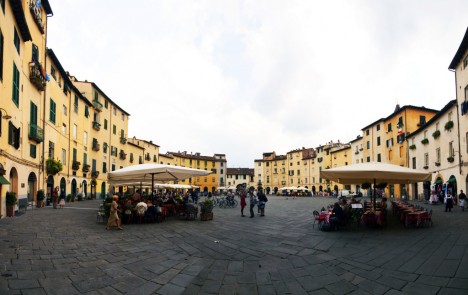 What to see in Lucca

« Ravenna – the capital city of the Western Roman Empire from 402 till 476, Italy
Pisa – the city of the mariners and leaning towers, Italy »