Home » Sights » Cities » Florence – the birthplace of the Italian Renaissance

Florence – the birthplace of the Italian Renaissance

The city of Florence is said to be the symbol of what makes Italy so special and unique. A third of the most important artists of Europe has lived and worked in Florence.

The city of Florence has been inhabited since the prehistoric times. However, it would not be until 59 B.C. that the city would become part of the Great Roman Empire. Nestled along the banks of the Arno River, Claire Cesar knew that the city would be great one day. Back in those days, Florence was known as Colonia Florentia. It started off as a military colony and grew into one of the most beautiful cities in the entire world. 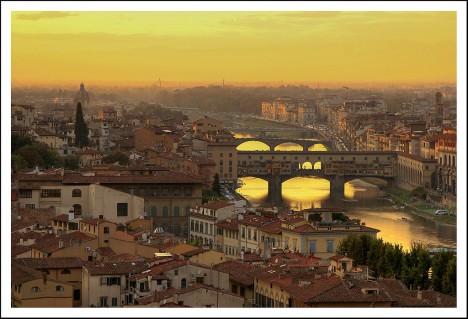 The history of Florence is both rich and very colorful. There are many landmarks and monuments throughout the city which have attracted countless visitors over the centuries. Some say that perhaps the most notable of these landmarks is the 106 meter tall Cathedral of Santa Maria del Fiore that was built at the end of the 13th century. From the top of the Duomo, you can see some of the best panoramic views of Florence imaginable.

The next most notable monument in Florence is that of the Ponte Vecchio. This old bridge which was built back in 1345 is not just a bridge, it is an entire community. Along the length of the bridge, there are several homes, various shops and boutiques. Ponte Vecchio is the only bridge in Florence that was not destroyed back in the Second World War which makes it the oldest stone arch bridge in the whole of Europe. 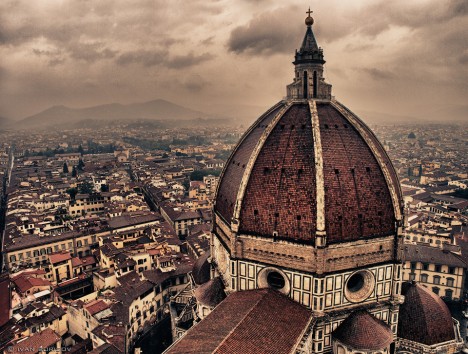 Of course no one could be allowed to leave Florence without taking the time to stop by the Piazzale Michelangelo. Situated atop a hill, from the Piazzale you can get some of the most awe inspiring views of the city and of course, of the infamous Florentine sunset.