The National Park Gesäuse was founded in 2002 and is the most recent national park in Austria and is known for its steep mountains with sharp edges and rough gores. It includes parts of the Styrian communities of Admont, Johansbach, Weng, Hieflau, Landl and St Gallen. This region is well-known for its centuries old culture and many market towns of the area have historical centres. 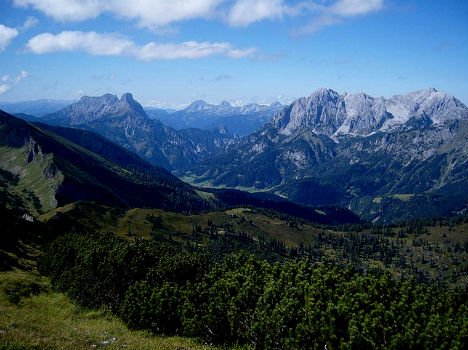 Photo licensed under the Creative Commons, created by Brikarus

Gesäuse National Park currently covers an area of 110 km2. It is a great opportunity for hiking along the river Enns, especially in late summer or autumn.

National park includes Buchstein massif with its peak Großer Buchstein (2224 metres above sea level) and wild romantic mountain massif Gesäuse with the highest peak Hochtor (2370 metres above sea level). Those peaks are separated from each other by the wild river Enns, which created a really romantic valley – a monumental breakthrough between cities Admont and Hieflau.

Over 80% of the national park is a part of the Johnsbach and Weng areas, the remaining 20% stretch around cities of Admont, Hieflau, Landl and St. Gallen. 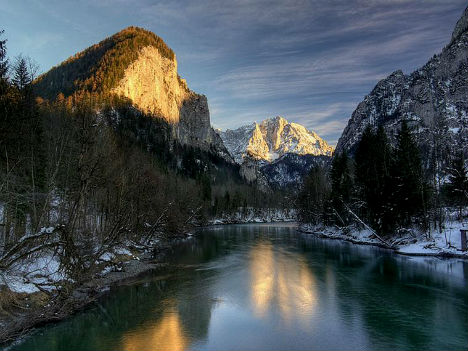 Photo licensed under the Creative Commons, created by Hardo Müller

The centre of Gesäuse National Park is among alpinists very popular Hesshütte cottage, romantically situated at an altitude of 1699 metres in the saddle Ennseck, below the Hochtor summit. For tourists who want to achieve it smoothly there is a marked trail No. 601 leading from the Johns-bach – the southern Gesaeuse Massif, and running through steep woods. The cottage can such be reached in 2,5 – 3 hours.

It is possible to get to Hesshütte cottage also from the northern side of the massif. There are two very nice ascent routes leading from the Enns River valley. The first one, marked as No. 665, leads through Hartelsgraben gorge to Sulzkaralm plain and continues along the No. 601 over the saddle at Rotofen. By following this route you reach the cottage in 5-6 hours. This route is recommended in the opposite direction for easy descent of this mountain massif to the Enns Valley.

It is also worth to visit an oldest mountaineers’ cemetery in Austria, located in Johnsbach.

For lovers of extreme kinds of sports there are available outdoor centres on the rivers Enns and Salza, offering adventure kayaking or rafting, and parks with rope obstacles. Very popular is also a water park Wasserspielpark St. Gallen and archery in Palfau. 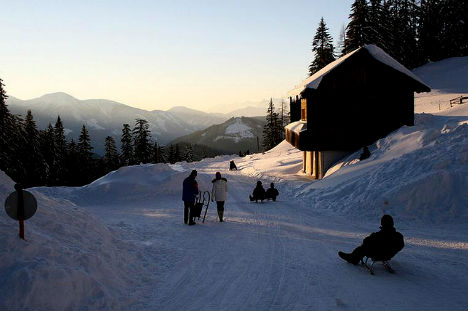 Photo licensed under the Creative Commons, created by Alex Barth

Winter lovers can go to a small, but beautiful ski area Kaiserau. For ski runners is recommended Hall, which is one of 15 centers ranked by Styrian seal of quality. Other activities include dog sledding, igloo building, tours on skis or snowshoes.

Even a trip to the monastery in Admont with the largest monastic library in the world should not miss when visiting this area.