Created back in the days of the great Roman Empire, the manmade falls known as Cascate delle Marmore were created. At more than 165 meters in height, the Marmore’s Falls is one of the tallest waterfalls in Europe. Cascate delle Marmore is also known as the tallest in the world when it comes to manmade falls. The falls are composed of three sections of which the largest is the topmost which strands at 83 meters in height. 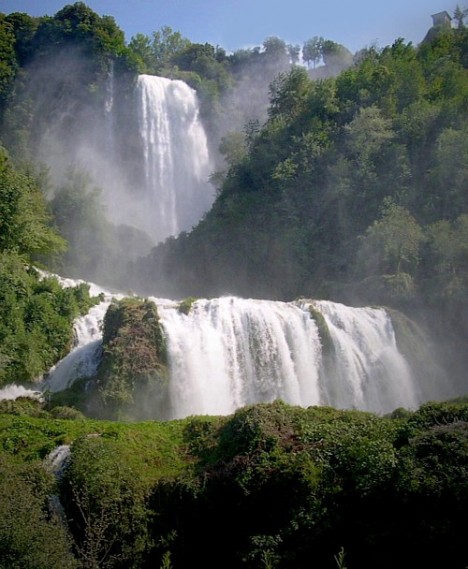 Initially built as am means of reducing the threat of malaria back in 271 B.C., the Cascate delle Marmore was formed when a canal was created to drain the wetlands over the edge of the cliffs. The flood waters drained into the Nera River which can be found at the bottom of the cliffs. The falls are now a very popular tourist attraction in the area.

Built back in 1929, the Galleto power plant is fed by Piediluco Lake and produces 530 megawatts of power for the cities around the area. During the slow times of the day, when power generation is not as important, the falls are turned on. This occurs daily between noon and 1 as well as between 4 and 5 in the afternoon.