It was back in 1929 when the Vatican City was first established within the city of Rome. The walled city which is also known as the Holy See only consists of 44 hectares but is none the less a sovereign nation. With less than 600 citizens, the Vatican City is the smallest country in the world.

While Emperor Constantine had given the area to Pope Miltiades back in 313 A.D., the establishment of the city did not occur until 1929 with the signing of the Lateran Treaty. The area which today comprises of the Vatican City has been the home of the popes since 1377. Previously, the popes had lived in Avignon. 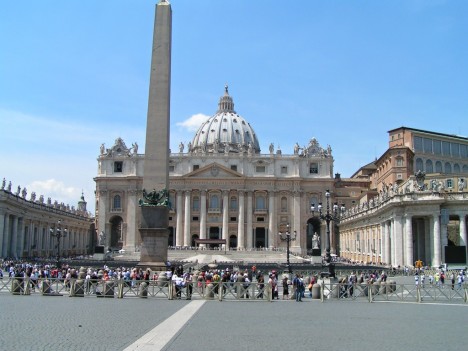 The Mediterranean climate means that during the summer months, the weather is dry and hot around the Vatican City. In the winter months however, there is a regular presence of rain. Because of the size of the St Peter’s Basilica, a hazy mist regularly forms around the city throughout the year.

Today, a white line runs through the middle of St. Peter’s Square which is used to distinguish the Vatican City borders with Rome. There are also a number of other famous landmarks in Rome which are designated as part of the Holy See, but are not part of the Vatican City; the most notable of which is the Castel Gandolfo and several major basilicas which are scattered throughout the city of Rome.