Tuscan city of Volterra is situated on a plateau at an altitude of 530 metres in a mountainous area between the valleys of Valle di Cecina and Era. Due to its location there are breathtaking views of the surrounding hills and distant Apennines. Volterra is attractive not only because of the local unspoilt nature, but it offers also numerous historical monuments. In ancient times it was the capital of the Etruscans, and from these times are preserved the unique intact city walls. The city is interwoven with medieval stone streets that are now lined with a number of shops and restaurants. 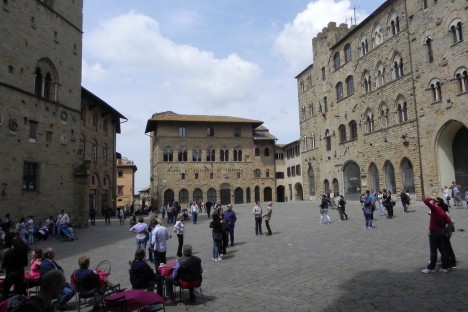 Photo licensed under the Creative Commons, created by Gabriele Cantini

Volterra is called also the city of alabaster, since the mining tradition of pure white stone comes to the time of the Etruscans. Tradition and processing of alabaster are passed on from generation to generation. Local artisans create beautiful white alabaster statues and other art objects. In Museo Etrusco Guarnacci you can see a collection of more than 600 Etruscan urns of alabaster and terracotta. It is one of the best collections of Etruscan art in Italy. Ticket to the museum allows you to enter also the nearby Pinacoteca Gallery, exposing Rosso Fiorentino’ masterpiece titled “Descent from the Cross” from 1521. However, there are also other important works of Italian artists, such as Luca Signorelli and Domenico Ghirlandaio.

Major attractions include seven city gates. The most important of these is Porta dell’Arco Etrusco, which is decorated with the heads of basalt, which represent the Etruscan deity. In the center lies the Piazza dei Priori, where you will find a variety of monuments. For example Pallazo dei Priori is the oldest seat of government in medieval Tuscany. The palace dates from 1208 and its interior has frescoes from the 14th century. 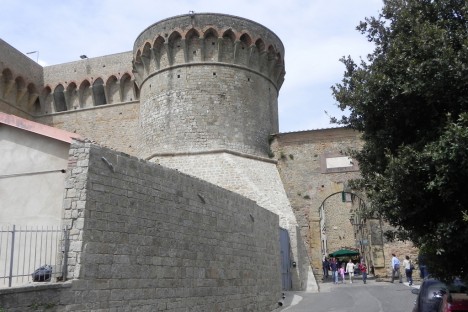 Photo licensed under the Creative Commons, created by Gabriele Cantini

On the Piazza San Giovanni is the cathedral built in the Tuscan Romanesque style, which includes the pulpit from the 13th century, decorated with reliefs. Very interesting is Palazzo Pretorio of 13th century with the tower of a little Pig. The baptistery is located opposite the cathedral and boasts a font by Sansovino. In town you can see cliffs of Balze di Volterra, or visit the archaeological park with finds from the Roman Empire.

Volterra is an ideal place for a holiday, because from here you can explore the most beautiful parts of Tuscany. By car you can also get to Florence, Siena and San Gimignano.

« National Park Podyjí in Czech republic
Toruń – Gothic architecture at its best, and the birthplace of Copernicus | Poland »