Ostia Antica – the harbour city of an ancient Rome | Italy 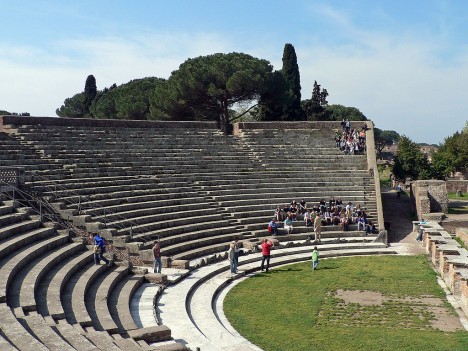 As a result of thousands of years of silting at the mouth of the Tiber River, the shoreline has slowly moved 3 kilometers away from Ostia Antica. Originally founded back in the 7th century B.C., Ostia Antica has been known as the fourth kingdom of the Roman Empire. The ruins of Ostia Antica which can be seen today however, only date back to the 3rd and 4th centuries B.C.

The most notable and one of the best preserved structures in Ostia Antica is the Castrum which dates back to the 3rd century B.C. There are many well-preserved buildings located throughout Ostia Antica. You will find some of the finest frescoes and mosaics of the Roman Era in Ostia Antica. There is also a Temple of Jupiter in the site which has become known as the Capitolium.

Ostia Antica is most noted as having been attacked by pirates back in 68 B.C. During the sacking of Ostia Antica, the entire port area was set ablaze and two senators had been kidnapped by the pirates. As a result of this attack on the Roman Empire, Pompey the Great built an army that would seek out and destroy the pirates in less than a years’ time.

Today, Ostia Antica is one of the most popular destinations in Italy outside of Rome itself. While countless visitors make their way to the Roman monuments only, those who chose to venture out to Ostia Antica are amazed at how well-preserved the site actually is.

« Toruń – Gothic architecture at its best, and the birthplace of Copernicus | Poland
Krkonoše National Park in Czech republic »