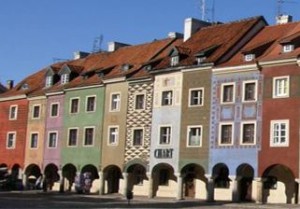 Poznań is a city older more than a thousand years situated on the Warta river in west-central Poland, with a population of approx. 550 thousand (June 2009). It is among the oldest cities in Poland, and was one of the most important centres in the early Polish state, whose first rulers were buried at Poznań’s cathedral.

Modern Poznań is a vibrant metropolis and an important centre of trade, entertainment, industry, and education, and hosts regular international trade fairs. It was the host city for the United Nations Climate Change Conference in December 2008, a key stage in the creation of a successor to the Kyoto Protocol. Poznań is a candidate city for European Capital of Culture in 2016. In Poznań will take place UEFA EURO 2012.

A student population of over 130,000 gives Poznań an incredible energy.